Equinor Energy, the operator of production license 120 in the Norwegian North Sea, has encountered a dry well near the Visund field following the completion of drilling of wildcat well 34/8-19 S. 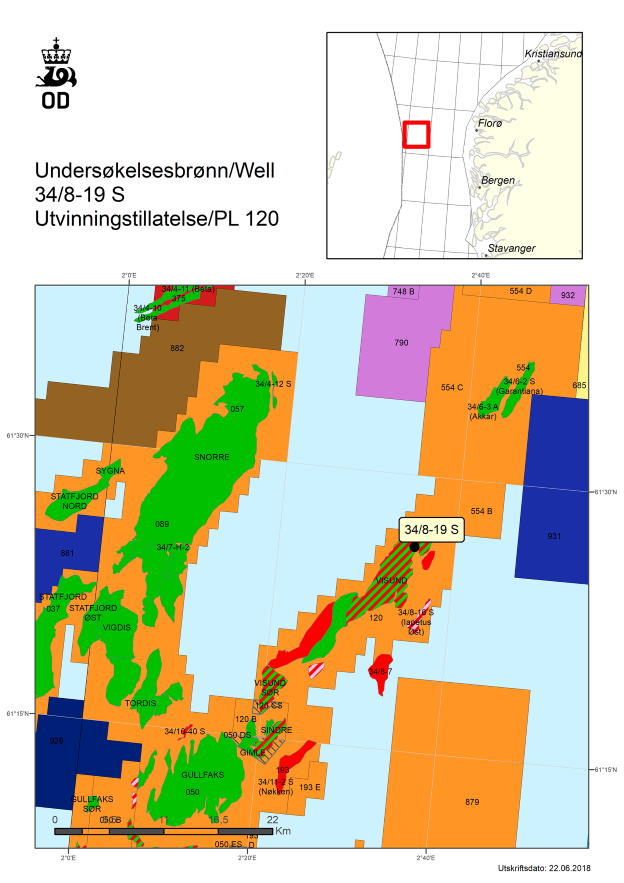 Well 34/8-19 S encountered about 90-metre-thick rocks in the Cook formation, of which 22 metres were effective reservoir consisting of sandstone with mainly moderate to good reservoir quality.

Due to technical drilling challenges, the well was not drilled to the second exploration target in the Statfjord group. Data acquisition was carried out. The well is dry.

This is the 24th exploration well in production license 120, which was awarded in licensing round 10-A in 1985.

Well 34/8-19 S was drilled to a measured depth of 6100 metres, a vertical depth of 3137 metres below the sea surface and was terminated in the Amundsen formation in Lower Jurassic.

Water depth is 378 metres. The well will be permanently plugged and abandoned.

Well 34/8-19 S was drilled by Deep Sea Atlantic, which will now proceed to drill development well 34/8-D-4 AH on Visund Nord in the North Sea, where Equinor Energy AS is the operator.