Equinor has agreed to buy out Barra Energia’s stake of 10% in the BM-S-8 license in Brazil’s Santos Basin located in the South Atlantic Ocean for $379m. 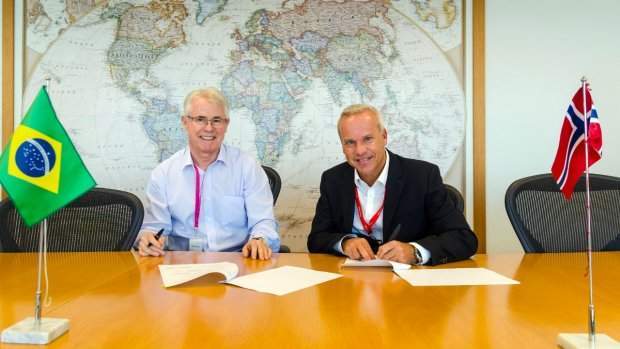 The Norwegian oil and gas giant said that the transaction enables the company and its partners to fully align interests across the BM-S-8 license and the adjacent Carcará North block that make up the Carcará area.

According to Equinor, the Carcará area holds close to 2 billion recoverable barrels of oil equivalent.

Equinor, previously revealed that there is upside potential in the Carcará area including in the Guanxuma prospect in the BM-S-8 license, where drilling operations commenced in April.

Equinor, which is the operator of both the BM-S-8 blocks and Carcará North in the Santos Basin, aims to develop the unitized field with a target to produce first oil between 2023 and 2024.

The transaction will result in the exit of Barra Energia from the BM-S-8 block. Equinor will hold a stake of 46.5% after the completion of the deal with Barra Energia.

In July 2017, Equinor under its former name of Statoil, had made an indentical transaction in the BM-S-8 license by buy a stake of 10% from Portuguese gas distribution firm Queiroz Galvão Exploração e Produção (QGEP) for $379m. Equinor, then raised its stake in the BM-S-8 block to 76%.

Last month, Equinor completed sale of stake of 39.5% in the BM-S-8 license to ExxonMobil and Galp for about $955m, with further payments of about $595m contingent on future milestones.

While ExxonMobil forayed into the offshore Brazilian block by buying a stake of 36.5%, Galp bought an additional stake of 3% to hold a 17% ownership.

The completion of the transaction with Barra Energia will be subject to regulatory approvals and other conditions.

Following the close of the deal, Equinor plans to sell stakes of 3.5% and 3% to ExxonMobil and Galp, respectively with an intention of fully aligning the three partners’ interests across the BM-S-8 license and Carcará North.