The MEGlobal Oyster Creek has a nameplate capacity of 750,000 metric-tons-annually (MTa) of ethylene glycol 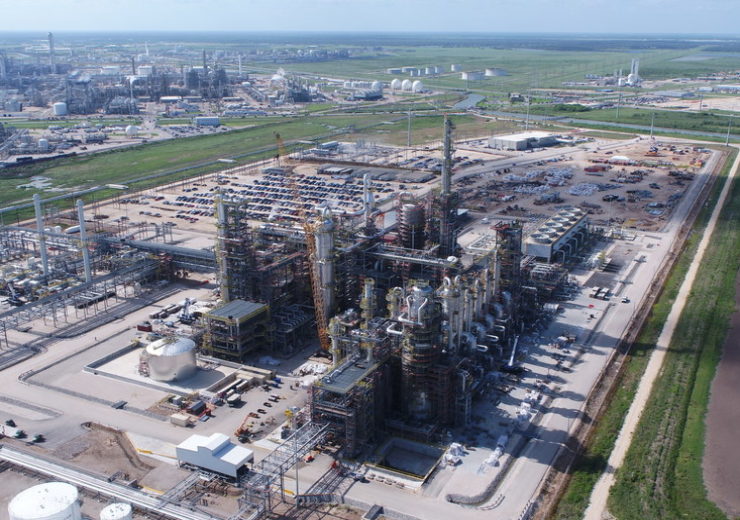 Image: With the start-up of the MEGlobal Oyster Creek Site, the EQUATE Group adds 750,000 MTa of ethylene glycol to its global capacity. Photo: courtesy of EQUATE Group.

The new plant, to be operated by MEGlobal Americas, a subsidiary of EQUATE Petrochemical Company, is considered to be company’s first manufacturing facility in the US.

The facility will produce monoethylene and diethylene glycol, in addition to products used in a number of market applications such as polyester fibers, polyethylene terephthalate (PET) bottles and packaging, antifreeze and coolants, paints, resins, deicing fluids, heat transfer fluids, and construction materials.

The MEGlobal Oyster Creek has a nameplate capacity of 750,000 metric-tons-annually (MTa) of ethylene glycol and access to shipping routes to customers around the world.

EQUATE president and CEO Dr. Ramesh Ramachandran said: “The successful execution of this project demonstrates EQUATE’s ability to leverage its best-in-class practices across the globe.

“From safety to schedule to cost control, the MEGlobal Oyster Creek Site epitomizes our commitment to operational excellence and efficiency in order to serve the growing customer need for EG across the globe.”

MEGlobal Oyster Creek is the first major investment by a Kuwait-based company on the US Gulf Coast.

It is the result of the partnership between Petrochemical Industries Company in Kuwait (PIC) and the US partner, Dow, a relationship that led to the formation of the EQUATE Petrochemical Company.

EQUATE Petrochemical Company is a joint venture between Dow and PIC with a 42.5% stake each along with Boubyan Petrochemicals and Qurain Petrochemical Industries with 9% and 6% of ownership, respectively.

“It greatly enhances our global presence and falls under our continuous plans to maximise value as a leading ethylene glycol producer and supplier.”

The plant has licensed Dow’s METEOR technology for its processes.

The project generated 55 new full-time and 25-35 contract jobs. It employed 2,000 construction workers and will contribute nearly $24m annually to the local economy.