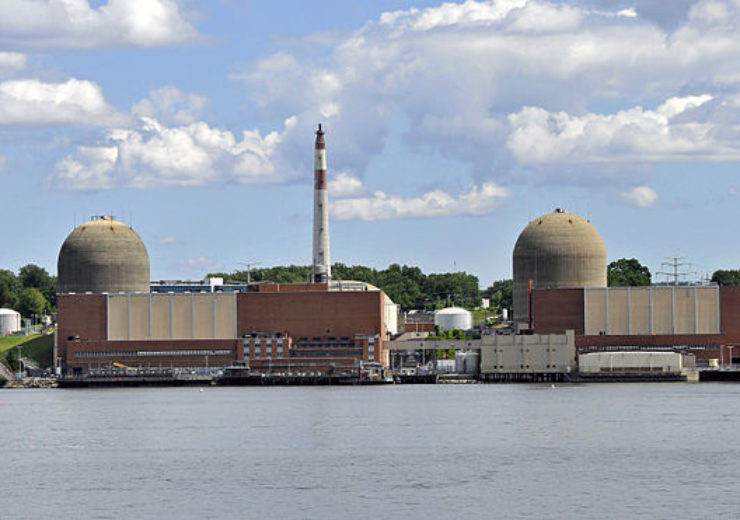 Entergy and Holtec International have filed an application with the US Nuclear Regulatory Commission (NRC) for the transfer of the NRC licenses of Indian Point Energy Center to Holtec, once it closes by 30 April 2021.

The application was jointly filed by the affiliates of both the companies seeking approval for the transfer.

Holtec intends to decommission the nuclear power plant after securing all the regulatory approvals and transactions close.

Entergy nuclear operations and chief nuclear officer executive vice-president Chris Bakken said: “Holtec’s plan to accelerate the decommissioning schedule provides the potential for site redevelopment decades sooner than if Entergy continued to own the facility, which is good news for the local community.

“Holtec plans to begin the decommissioning process promptly upon taking ownership, and as part of the agreement between the companies, will provide job opportunities for more than 300 of our current employees who want to remain in the region and continue to work at the site.”

Entergy and Holtec have urged the regulator to approve the transfer application by next November 2020, so that the two companies will be able to close the previously announced transaction in May 2021.

In April, Entergy had agreed to sell its subsidiaries that own Indian Point Units 1, 2, and 3, located in Buchanan, New York, to a Holtec International subsidiary for decommissioning.

Holtec president and CEO Dr Kris Singh said: “This key regulatory filing is an important first step to beginning a new future for Indian Point and the local community.

“By beginning decommissioning earlier, Holtec will be able to maintain and create new jobs and work towards releasing the plant site earlier so it can be repurposed and generate replacement tax revenue on an earlier schedule.”

Previously, the NRC had approved applications to transfer the licenses for the closing down of Oyster Creek Nuclear Generating Station located in New Jersey from Exelon Generation to Holtec and for the shutdown of Pilgrim nuclear power station based in Massachusetts from Entergy to Holtec for decommissioning.

The decommissioning is expected to result in the release for re-use of portions of the site in the 2030s, excluding the Independent Spent Fuel Storage Installation area.

Holtec intends to shift all of the Indian Point spent nuclear fuel into dry casks in three years after its shutdown in 2021.