The farm shall be producing clean electric energy for over 68,000 households, reducing the influence of carbon dioxide by around 250,000 tons per year 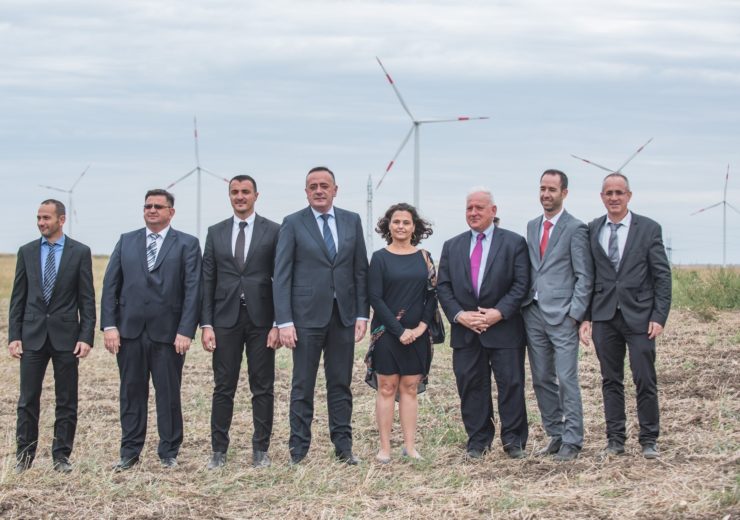 The Opening Ceremony of the Wind farm Kovacica was held in the municipality of Kovacica in the presence of the Minister of Mining and Energy Mr. Aleksandar Antic, H.E. Alona Fisher-Kamm the Ambassador of  Israel, the Representatives of the owners, Israeli company Enlight Renewable Energy (TASE: ENLT), and its Serbian partner, New Energy Solutions. This clean power plant operates with 38 installed wind turbines, with the total power of 104,5 megawatts.

The farm shall be producing clean electric energy for over 68,000 households, reducing the influence of carbon dioxide by around 250,000 tons per year.

Minister Antic stated: “The Government of the Republic of Serbia has placed implementation of clean energy as one of its priorities in the energy sector, with the objective by next year to produce 27% of electric power from renewable energy sources and add to the network 500 megawatts of wind power. This project proves that we are on the right path.”

H.E. Alona Fisher-Kamm reminded of the significance of the cooperation between the two countries and stated: “The project Wind Park Kovacica resulted out of a fruitful cooperation and exchange of experience and knowhow between Israeli and Serbian companies as well as good mutual relationship between Israel and Serbia. The Embassy of Israel is dedicated to the creating of a platform linking potential investments in the Serbian economy with high technology possibilities which the Israeli companies possess.”

“At the time of climate changes, green energy and its even greater implementation and development is something we all have to work more on. We have invested in Serbia in the long-run and are interested in additional projects,” stated Mr. Yair Serousi, Enlight’s Chairman.

For the needs of construction and operation of the wind park Enlight has built and reconstructed over 40 kilometers of road, and the total investment in the Wind Park Kovacica amounts to € 189 million.