Eni and Algerian state-owned company Sonatrach have signed an agreement to combine the existing assets of BRN (block 403) and MLE (block 405b) in Algeria with an objective to create a gas hub in Algeria’s Berkine basin. 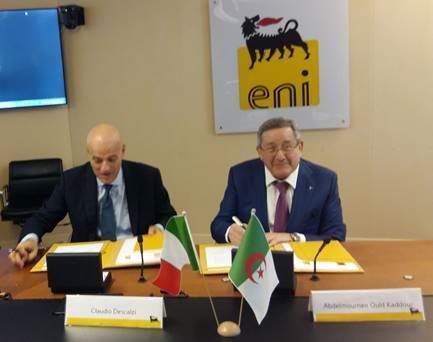 The Italian oil and gas firm said that the agreement, which is part of the Framework Agreement signed with Sonatrach in April 2017, aims at relaunching exploration and development in the Berkine basin. The ambitious program will see streamlining of existing infrastructures and placing them in synergy with the newly built ones.

According to Eni, the new infrastructure to be constructed includes a 180km line that will quickly link BRN with MLE’s assets, thereby transforming it into the main gas hub of Berkine basin.

Eni CEO Claudio Descalzi said: “This is a further step forward in the strategic expansion of our upstream activities in Algeria and in Eni’s renegotiation of long-term gas supply contracts.

“It also demonstrates a strong spirit of collaboration between SONATRACH and Eni, from exploration to the development of new projects in gas and renewable energy “.

Eni had also agreed with the Algerian company on the commercial conditions for the 2018-19 thermal year, in line with the gas market.

Apart from that, the two companies have also agreed to enter into a negotiation to explore extending the gas supply beyond the contractual deadline of 2019.

The latest agreements pertaining to the Berkine basin follows the signing of a series of agreements between the two firms in April to extend their partnership in oilfield projects in Algeria.

Eni and Sonatrach in the past had also agreed to further boost their cooperation across petrochemical, renewable and offshore projects in Algeria apart from other international cooperation opportunities.

The Italian firm had been present in Algeria since 1981. Currently, it operates 32 mining permits in the North African country, with an equity production of more than 100,000 barrels of oil equivalent per day.