Eni has agreed to offload a stake of 20% in the Nour North Sinai Offshore concession (Nour block) in Egypt to Mubadala Petroleum for an undisclosed price. 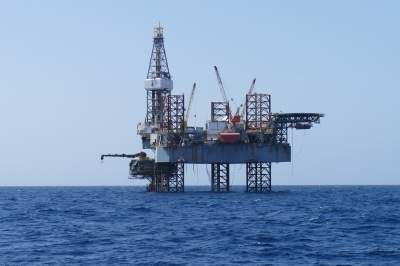 The Italian oil and gas major was granted the exploration license for the Nour block in August 2018. Currently, it owns a stake of 85% in the concession in partnership with Tharwa Petroleum, which owns a stake of 15% of the contractor’s share where the two parties are collectively the contractor.

The concession is in participation with Egyptian Natural Gas Holding Company (EGAS).

Located in the East Nile Delta Basin of the Mediterranean Sea, the Nour block is about 50km offshore in the Eastern Mediterranean. Spread across an area of 739 km2, the Egyptian offshore block is contained in water depth ranging from 50-400m.

Eni and its partner Tharwa Petroleum are currently undertaking the drilling of the exploration well as planned for the first exploration period of the Nour block.

Eni CEO Claudio Descalzi said: “This transaction strengthens our partnership after the successful relationship in Zohr and confirms Mubadala Petroleum’s trust in Eni’s robustness as operator, both in projects development and exploration activities.”

The deal will be closed based on meeting of certain standard conditions, including all the required authorizations from Egyptian authorities.

Mubadala Petroleum board chairman Musabbeh Al Kaabi said: “This investment enables Mubadala Petroleum to further expand our position in Egypt while deepening our strategic partnership with Eni, the operator of both the Shorouk and Nour concessions.”

In June, Mubadala Petroleum, which is a subsidiary of the Abu Dhabi state-owned Mubadala Investment Company, completed a previously announced $934m acquisition of a stake of 10% from Eni in the offshore Shorouk Concession in Egypt.

The deal marked Mubadala Petroleum’s entry in the offshore Egyptian block located in the Mediterranean Sea, which contains the supergiant Zohr gas field. The Egyptian gas field has been in production since December 2017.

Eni, which has been operating in Egypt since 1954 through its subsidiary IEOC, has an equity production of close to 340 thousand barrels of oil equivalent per day in the country.