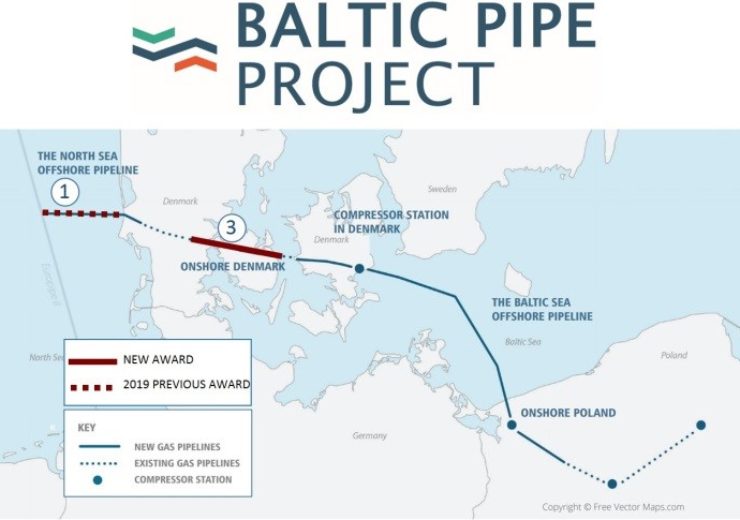 Corinth Pipeworks has been awarded a major onshore linepipe contract by Energinet, comprising 142km of 32”, 36” and 40” SAWL and SAWH steel pipes with three-layer polyethylene anti-corrosion coating, epoxy lining for flow assurance and bends.

The linepipe contract awarded to Corinth Pipeworks forms the Danish onshore part (Energinet LOT3) of the Baltic Pipe pipeline and comprises 47.000Tn of steel pipes. Corinth Pipeworks’ proposal was evaluated and ranked first amongst other international manufacturers, as being the most advantageous in terms of price, production quality, delivery and contract terms.

Pipes manufacturing and coating will take place at Corinth Pipeworks’ facilities in Greece. Deliveries are planned to start at the beginning of 2021 and conclude in 5 months.

The present award is a continuation of the overall Baltic Pipe project, another part of which was awarded to Corinth Pipeworks in 2019 (Lot 1 offshore Energinet Baltic pipe project). Baltic Pipe project is a major gas infrastructure project that aims at creating a new supply corridor for gas in the European gas market. The new gas pipeline will connect the existing Norwegian gas network in the North Sea with the Danish and Polish gas transmission networks.

Energinet is the Danish national transmission system operator for natural gas and electricity. It is an independent public enterprise owned by the Danish Ministry of Climate, Energy and Utilities.

Consumers Energy completes of $610m Saginaw Trail Pipeline in US