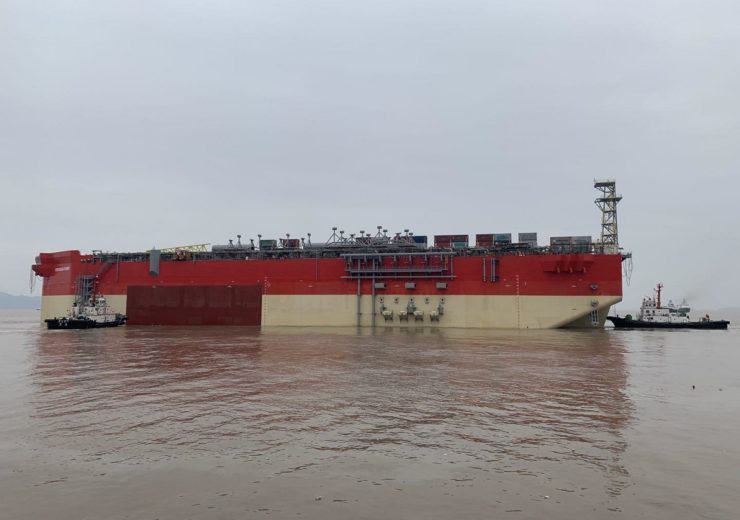 The FPSO hull will be towed to the Sembcorp Marine Admiralty Yard in Singapore. (Credit: Energean Oil and Gas plc)

UK-based Energean Oil and Gas announced that its floating production storage and offloading (FPSO) hull has departed the COSCO yard in China.

Energean Israel, which is a 50/50 joint venture between Energean Oil and Gas and Kerogen Capital, owns the $1.5bn Karish-Tanin gas development project located in the Levant Basin of the Mediterranean Sea, offshore Israel.

The project involves the development of the two fields, Karish and Tanin, using FPSO unit. The FPSO will have an oil storage capacity of 800,000 barrels and gas production capacity eight billion cubic metres of gas per annum.

Recently, Energean has issued a warning of potential delays to deliver first gas from its Karish gas field, due to the coronavirus pandemic.

Energean, however, said it is working with contractor TechnipFMC to avoid or mitigate any delay for the project.

According to estimates, the fields have 2.7 trillion cubic feet of natural gas and 41 million barrels of oil equivalent (mmboe) of light hydrocarbon liquids, totalling 531 mmboe of 2C resources.

The FPSO, which is planned to be installed approximately 90km from shore, will enable the recovery of hydrocarbons with minimal impact on the environment.