Commissioning of a total of 9 wind turbines across Germany developed by the company and with an output of 33.5 megawatts planned by the end of the year 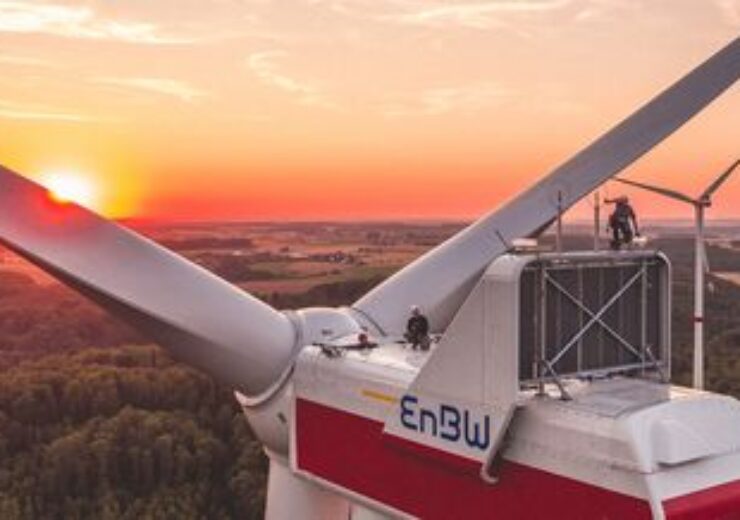 Stuttgart. EnBW is resolutely expanding its onshore wind energy portfolio. The company expects to increase its output in Germany by almost 90 megawatts in 2020 through the acquisition of existing wind turbines in Saxony-Anhalt and Brandenburg and the further development of its own projects.

As recently reported, EnBW has acquired 20 wind turbines with an output of 36 megawatts (MW) in Saxony-Anhalt. In the medium term, the company plans to repower these wind power plants by replacing older wind turbines with more modern and powerful ones. In addition, EnBW has recently acquired another wind farm with a capacity of 18 MW in Brandenburg. Furthermore, EnBW is developing its own projects in Germany in 2020 that have a total output of 33.5 MW and will be placed into operation by the end of the year. “The expansion of onshore wind power is a fundamental component of our corporate strategy. Despite the continued difficult situation on the market, we will be able to increase our onshore wind power capacities to well over 900 MW during this year through the development of our own projects and via organic growth”, explains Dirk Güsewell, who is responsible for the expansion of wind power at EnBW.

Güsewell believes that the situation on the onshore market in Germany remains extremely worrying. “The bitter reality is that while legislators assume that the approval process lasts three or seven months, it actually takes five times as long.” As in previous years, the onshore market also failed to gain real momentum in the first half of 2020. Only 186 wind turbines with an output of 587 megawatts had been placed into operation across Germany by the end of June. “To finally close the gap between the ambitious climate targets and the actual development of the Energiewende in practice, we need courage and resolve from our politicians”, urges Güsewell. EnBW believes that it will be impossible to achieve the expansion targets set by the German government of covering 65 percent of gross electricity consumption with renewable energies by 2030 without the introduction of additional measures.

In order to help push forward the expansion of wind power in Germany, EnBW has joined together with more than 50 partner organisations and companies to form the sector-wide initiative #windforfuture. It is the largest campaign by the German wind energy sector and is working to prevent the impending collapse of German wind power and thus the failure of the Energiewende.