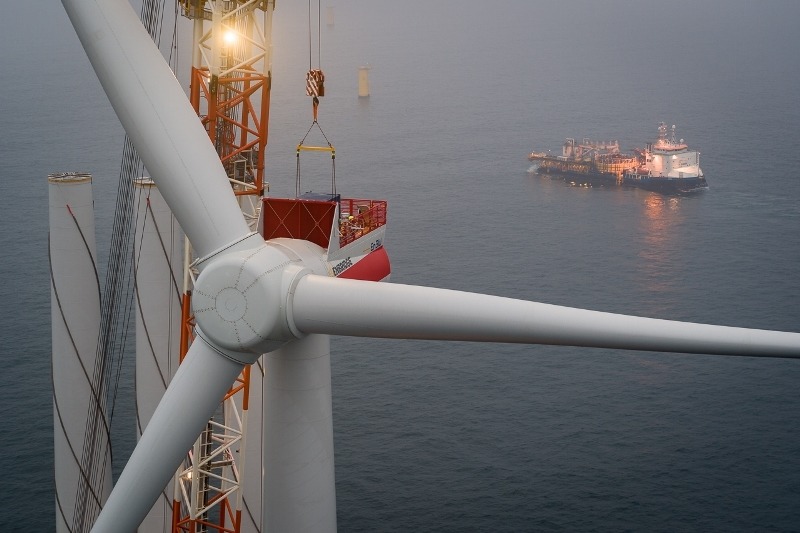 The Hohe See wind farm along with the neighbouring Albatros wind farm, another EnBW project, forms a complete wind power plant with a total capacity of 609MW.

Featuring 87 wind turbines that are planned to be connected to the grid by the end of 2019, the wind farms will produce enough green energy generated to fulfill the aggregate requirements of all the private households in Munich.

The Canada-based energy infrastructure company Enbridge holds 49.9% stake in both the wind farms, while EnBW holds the remaining 50.1%.

For the installation of the first wind turbine at Hohe See wind farm, the installation ship Brave Tern has collected the components at the port of Esbjerg in Denmark. The Brave Tern has travelled for twelve hours to reach the offshore construction field and installed the first turbine on the foundations that had already been anchored to the seabed.

EnBW said that the Blue Tern ship will be supporting the Brave Tern over the next few days with the installation work.

EnBW chief technical officer Hans-Josef Zimmer said: “EnBW Hohe See and Albatros are being constructed as one combined project and together represent the largest offshore project currently being realised in Germany. We will place both wind farms into operation in 2019.”

The company has already installed more than 1.2GW of additional output from renewable sources in the past few years. It plans to invest over €5bn by 2025 in the further expansion of renewable energies in Germany and selected foreign markets.