The Velkerri formation in the Carpentaria-1 well has a thickness of around 1,000m thick 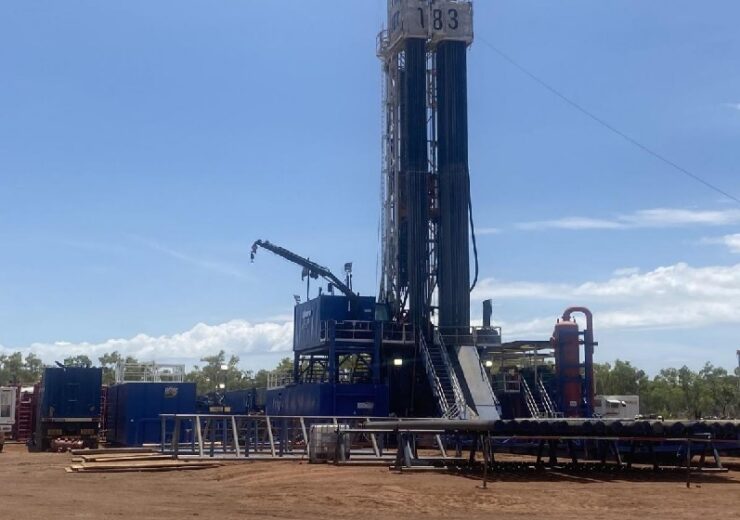 The objective of the Carpentaria-1 well was appraising the Velkerri and Kyalla Shales.

According to Empire Energy, the extensive interval of liquids rich gas in the Velkerri Shale was intersected from 833m to 1,831m. It was encountered at a shallower depth than the pre-drill prognosed depth of around 2,900m.

Empire Energy said that the Velkerri formation in the Carpentaria-1 well is approximately 1,000m thick.

The shallower depths at which the Velkerri Shale was encountered is expected to bring down development costs for the company in future drilling programmes.

The company said that the proportion of liquids rich gas intersected in the Velkerri Shale is well over that of analogue wells that were drilled in the past across the Beetaloo Basin. Besides, it is said to have materially surpassed the company’s pre-drill expectations.

Empire Energy managing director Alex Underwood said: “In the pre-drill planning we have worked with various seismic interpretations and our ‘most likely’ model was that we would encounter the Velkerri Shale at greater depth, and that it would tend to drier gas. This had been the experience of the wells drilled across the Beetaloo Basin that have targeted the Velkerri Shale.

“The presence of high levels of associated gas liquids in the target shales is encouraging for future commercial production scenarios because high-value liquids from produced gas can significantly enhance economics.”

Empire Energy plans to undertake the appraisal of the liquids-rich gas Velkerri Shale targets early in next year’s dry season. The appraisal process will include fracture stimulation and flow testing, said the Australian oil and gas company.

The company said that its drilling programme revealed that there was no presence of the Kyalla Shale at the Carpentaria-1 location.