The European Investment Bank (EIB) and Landesbank Saar (SaarLB) have signed a guarantee agreement to promote the development of renewable energies in France and Germany. 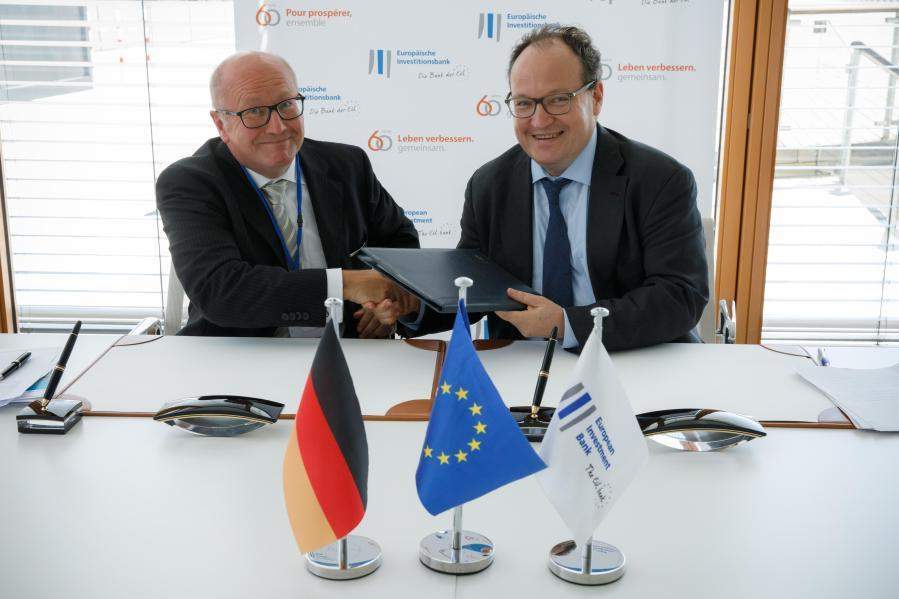 The EU bank and SaarLB signed a €70m guarantee agreement giving the latter additional scope for investing in renewable energies. The agreement states that the EU bank will guarantee a maximum of 50% of the value of up to ten of SaarLB’s existing loans for wind and solar power projects in France and Germany. This partial risk participation will help SaarLB to grant additional loans of almost €140m for new renewable energy projects (also in France and Germany).

This transaction is the second tranche of a €150m guarantee framework between the EIB and SaarLB, with the first EIB guarantee for €80m signed two years ago. This made it possible for SaarLB to provide seven additional loans for wind power projects totalling over €160m. The EU bank is able to cover the risks on SaarLB’s projects because it is itself partially guaranteed by the European Fund for Strategic Investments (EFSI).

EFSI is the central pillar of the Investment Plan for Europe (IPE) – also known as the Juncker Plan – under which the EIB and the European Commission are working together as strategic partners and the EIB’s financing operations are boosting the competitiveness of the European economy.

EIB vice president Ambroise Fayolle said: “Climate action is one of the EU bank’s top priorities, and of all international financial institutions worldwide, we are the biggest financier of climate action projects. We apply modern and innovative financing techniques such as this one, where we are partly taking on the direct financial risk of SaarLB’s loans for the first time while leaving risk management and mitigation to them. This is made possible by the support of the European Fund for Strategic Investments and our partnership with SaarLB, with which we have been working very closely, constructively and successfully for many years.”

“As part of the ongoing development of our business model in this core business area for the bank, we will expand our range of services to financing geothermal projects as well as possibly to Belgium and Luxembourg.

“The expansion of the EIB guarantee framework is a significant and important component so that we can continue to sustainably support our partners with projects relating to renewable energy in the long-term. A lively example of successful cooperation that benefits all of the partners.”

European Commission Energy Union vice president Maroš Šefčovič said: “The clean energy transition will only succeed in Europe if we think beyond national borders and work together. SaarLB is doing precisely that by financing renewable energy in Germany and France.

“I am pleased that the EU is able to contribute through the EIB and the European Fund for Strategic Investments. This is something we are also set to encourage under the next EU budget 2021-2027. By pooling various instruments, we aim at leveraging further investment, notably from the private sector, and at boosting the strategic uptake of renewable energy technologies.”