The loan will finance the sewerage system and a wastewater treatment plant in the Municipality of Palilula, located on the left bank of the Danube River 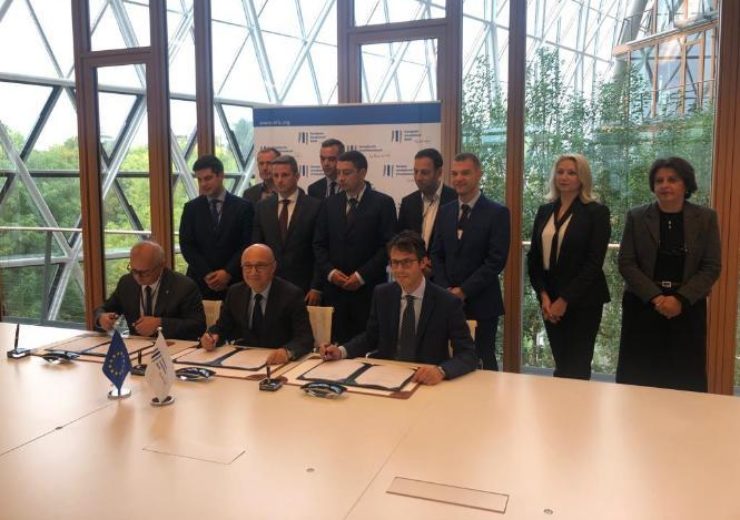 Image: EIB officials signing the loan agreement in the presence of GoranVesic, Deputy Mayor of the City of Belgrade. Photo: Courtesy of European Investment Bank.

The European Investment Bank (EIB) is continuing to help improve environmental and social standards in Serbia with a EUR 35m loan to the City of Belgrade. The loan will finance the sewerage system and a wastewater treatment plant in the Municipality of Palilula, located on the left bank of the Danube River. The project will help provide better sanitation and living conditions for approximately 170 000 people, will contribute to reducing environmental pollution and will increase the EIB’s support for the environment sector in line with the EU strategy for the Western Balkans.

In addition to the EIB loan, the investment will benefit from a EUR 1.1m technical assistance grant, provided under the Economic Resilience Initiative (ERI) to support the City of Belgrade in better preparing and implementing the project. The remaining share of a total EUR 52m in financing will be provided by the municipal budget.

The loan was signed today in Luxembourg by Miguel Morgado, Director of the EIB’s Adriatic Sea Lending Operations Department, and GoranVesic, Deputy Mayor of the City of Belgrade.

Miguel Morgado said: “We look forward to having this complex project completed as planned according to the best European standards, and to support other much needed, viable projects in the environment sector, thus contributing to climate action as a top priority. We are also happy to have mobilised a EUR 1.1m technical assistance grant under ERI. With its lending and advisory operations and in close cooperation with the European Commission, the EIB is continuing to contribute to the economic development and well-being of the people of the region and covering a wide range of strategic sectors, from connectivity to the environment.”