The 130MW solar plants form a part of the Benban solar complex, which will eventually have capacity of 1.8GW 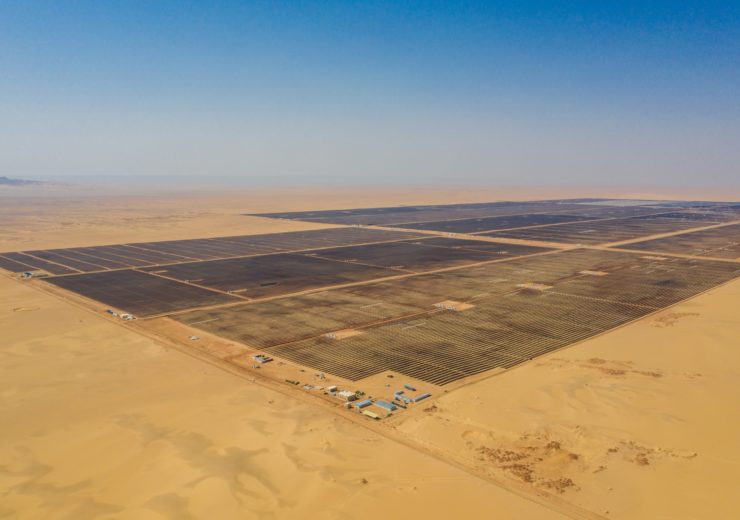 EDF Renewables and the Elsewedy Electric Group have commissioned two solar farms with a capacity of 65MW each in Egypt.

Located at Benban in the Aswan province of southern Egypt, the solar power plants have been funded by the European Bank for Reconstruction and Development (EBRD) and Proparco.

The solar plants form a part of the Benban solar complex, which will eventually have a capacity of 1.8GW.

EDF Group’s senior executive vice president for renewable energies and chairman & CEO of EDF Renewables Bruno Bensasson said: “We are proud to be playing our part in delivering the large-scale Benban solar complex by commissioning these two solar power plants.

“With the establishment of our new subsidiary in Cairo, we have reached a major milestone in EDF Renewables’ long-term development in Egypt and across the North African renewable energy market as a whole.”

The projects were developed as part of the second phase of the national electricity feed-in tariff programme launched by the Egyptian government.

The solar power plants will aid in reaching the government’s aim of producing 20% of its electricity from renewable sources by 2020.

EDF Renewables claims to own 180MW in installed PV capacity in North Africa and is all set to construct an additional 800MW as part of the Moroccan Noor Midelt I hybrid solar project, which it secured in last May.

The commissioning of the solar farms will help the EDF Group in attaining its goal of doubling its net renewable energy capacity in France and worldwide to 50GW between 2015 and 2030.

The solar projects are expected to produce nearly 1,200GWh of clean energy per year, which is enough to power 1.1 million households pehttps://www.nsenergybusiness.com/news/edf-renewables-total-eren/r year.