Eagle LNG is now authorised to export up to 0.14 billion cubic feet per day (Bcf/d) of natural gas as LNG from the proposed Jacksonville Project 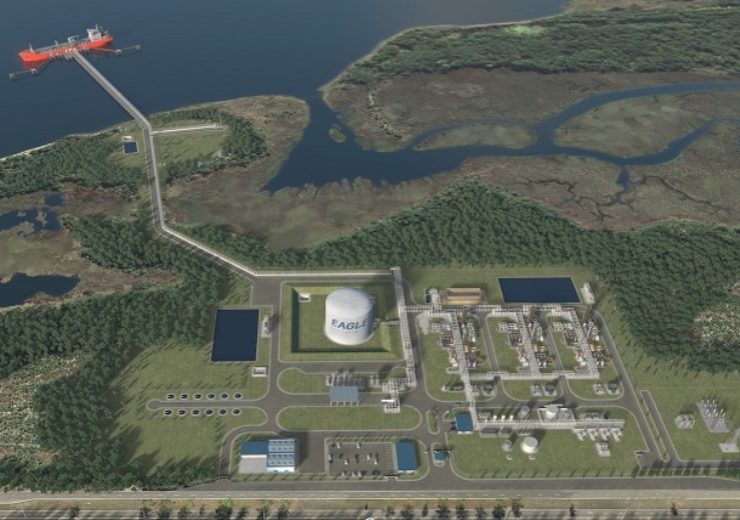 Eagle LNG Partners has secured authorisation from the US Department of Energy (DOE) to export domestically produced liquefied natural gas (LNG) from its Jacksonville LNG export facility in Florida.

To be built along the St. Johns River in Jacksonville, the project will be  owned by Ferus Natural Gas Fuels. The facility will exports small-scale quantities of LNG, in addition to serving the domestic market and offering LNG as a shipping fuel.

The DOE said that the clearance will enable Eagle LNG  to export up to 0.14 billion cubic feet per day (Bcf/d) of natural gas as LNG from the proposed Eagle Jacksonville project.

The company is authorised to export the LNG by ocean-going vessel or by ISO container to any country with which the US does not have a free trade agreement (FTA) requiring national treatment for trade in natural gas and with which trade is not prohibited by US law or policy.

Slated to be commissioned in 2021, the Jacksonville Export Project, will have three LNG trains, each having a capacity of 0.33 million (metric) tonnes per annum of LNG.

Secretary of Energy Rick Perry said: “I am excited to see a company like Eagle LNG developing new and innovative ways to use U.S. LNG.

“And I am pleased that the Department of Energy was able to efficiently approve Eagle LNG’s export application after the Federal Energy Regulatory Commission approved the Project, allowing Eagle LNG to bring their innovative LNG solutions to the market as quickly as possible.”

With the authorisation to Eagle LNG, the deparment has approved 34.66 Bcf/d of exports in the form of LNG and compressed natural gas to non-FTA countries. Of the approved amount, nearly 15 Bcf/d is in various stages of operation and construction.

Fossil Energy assistant secretary Steven Winberg said: “The small scale LNG market is an increasingly important energy supply option for our neighbors, and Eagle LNG has been an industry leader in this growing segment of the market.

“This action furthers the administration’s commitment to promoting American energy production which is critical to American workers and the American economy.”