To be constructed with an investment of nearly £402m in Florida, the Jacksonville LNG Export Facility will have a production capacity of nearly 1.65 million gallons per day of LNG 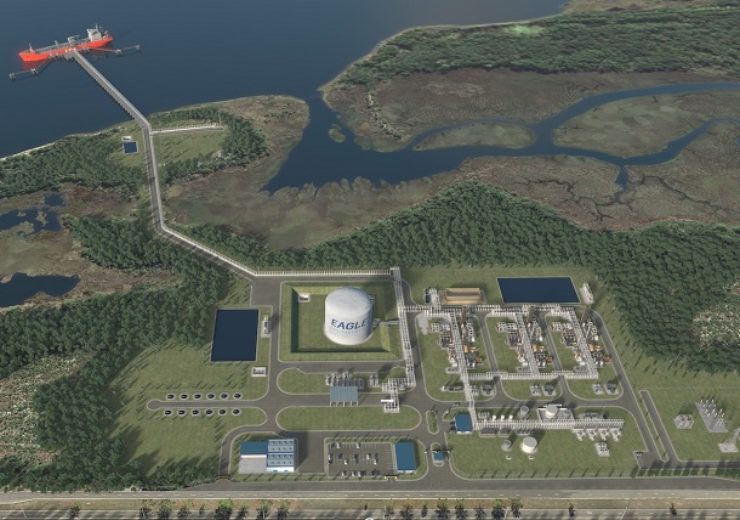 Eagle LNG Partners has secured authorisation from the US Federal Energy Regulatory Commission (FERC) for its Jacksonville LNG Export Facility, proposed to be built with an investment of around $500m (£402.3m) in Florida.

The FERC authorisation has been granted for the siting and construction of the liquefied natural gas (LNG) export facility and terminal to come up in Jacksonville.

Eagle LNG president Sean Lalani said: “The FERC authorisation for Eagle LNG’s Jacksonville LNG Export facility has been many years and countless hours in the making.

“As one of only a handful of greenfield LNG project proponents to obtain their FERC Order, and the only project devoted to provisioning small-scale LNG projects in the Caribbean basin, Eagle LNG is one large step closer to delivering clean-burning, affordable, domestically produced U.S. natural gas.”

Slated to be commissioned in 2021, the Jacksonville Export Project, will have three LNG trains, each having a capacity of 0.33 million (metric) tonnes per annum of LNG.

According to Eagle LNG, the LNG facility will offer the low-cost US natural gas to the Caribbean basin. The company said that the Jacksonville LNG project when combined with its other LNG facilities – Maxville LNG Facility and the Talleyrand LNG Bunker Station, will be delivering the lowest cost LNG for bunkering in the southeast US.

The Maxville LNG plant, which is also constructed in Jacksonville, was opened by Eagle LNG in July 2018. It has a production capacity of 200,000 gallons-per-day.

Talleyrand LNG Bunker Station, on the other hand, is an operational marine LNG bunkering facility at Port of Jacksonville. It has a storage capacity of 500,000 gallons of LNG and has a design capacity flow rate of 2,700 gallons per minute.