Eagle LNG Partners has secured a positive review from the US Federal Energy Regulatory Commission (FERC) for the proposed Jacksonville Export Project in Florida. 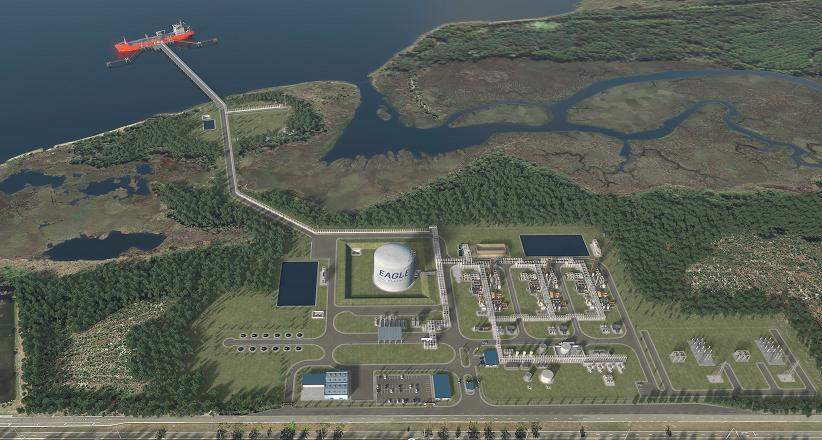 The Jacksonville Export Project will be a liquefied natural gas (LNG) production, storage and export facility to be built on St Johns River in Jacksonville.

In the DEIS, the regulator concluded that construction and operation of the Jacksonville Export Project would lead to some limited adverse environmental impacts. However, the impacts would not be significant, said FERC should the company implement the agency’s recommended mitigation measures along with those proposed by it.

Eagle LNG said that the draft statement will help it move towards reaching a final investment decision (FID) on the Jacksonville Export Project, which will cater to both domestic and international markets. The FID is likely to be taken in the second half of 2019, said Eagle LNG, which is a wholly owned subsidiary of Ferus Natural Gas Fuels.

Commissioning of the Jacksonville Export Project is slated for 2021.

Eagle LNG Partners president Sean Lalani said: “Our customers, and potential clients, join us in being encouraged that FERC has released the DEIS ahead of schedule. It moves us considerably closer to meeting our goal of expanding clean burning, domestic, and affordable LNG supply for marine bunkering and for small-scale LNG projects in the Caribbean.

“Once completed, the Jacksonville Export Facility will be the lowest cost source of small-scale LNG available for our marine bunkering and power generation clients.”

The Jacksonville LNG project will feature three LNG trains, each having a capacity of 0.33 million (metric) tonnes per annum of LNG. It will also have an LNG storage tank with a capacity of 45,000m3, marine facilities, LNG truck loading facilities and other infrastructure.