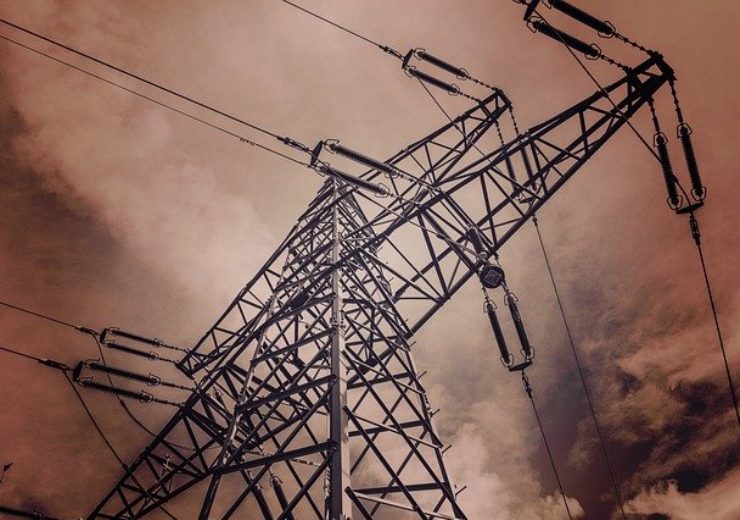 Essen-based energy company E.ON sent a signal amid the current crisis that it will support a sustainable economic recovery by increasing its investments in climate-friendly, technologically advanced energy infrastructure in order to give powerful impetus, in partnership with its customers, to the green energy transition in Germany and Europe. E.ON increased its first-quarter earnings, primarily because of the innogy takeover. The COVID-19 pandemic had only a limited impact on the first quarter. At the first-quarter mark, however, the pandemic’s overall implications for the company cannot yet be reliably estimated.

E.ON SE CEO Johannes Teyssen emphasized that E.ON, despite the corona crisis, will continue to do everything it can to combat climate change and foster a technologically advanced, customer-centric, and climate-friendly energy system. He went on to say that the historically warm and dry first quarter, which had a tangible adverse impact on E.ON’s earnings—principally in its seasonal business in gas and heat sales, especially in Germany, Sweden, the Netherlands and the UK—was another indication that the earth’s climate is changing. He reaffirmed E.ON’s investments in critical infrastructure for the energy transition and announced an additional €500 million in investments for projects with customers to promote a better energy system and climate protection. “We want to do our part to spur economic recovery after the crisis. We see interesting and promising projects with our customers in areas like the digital economy and eMobility, to which we want to provide additional support. We believe that accelerating the modernization of environmentally friendly energy infrastructure is a particularly effective way to combine climate protection and local job creation. In addition to our already planned investments, we intend to make available €0.5 billion more over the medium term for these technologies of the future,” Teyssen said.

At the same time, Teyssen expressed concern about additional burdens for small and medium-sized enterprises and tradespeople: “The German government’s plan to introduce carbon pricing in all sectors of the economy, which we supported, was accompanied by the promise to reduce the levy on green electricity by at least 1.5 ct/kWh to roughly 5 ct/kWh.” In the wake of the corona crisis, by contrast, Germany’s renawables levy could jump up to 8 ct/kWh. The causes are declining wholesale prices for fossil fuels, the dramatic decline in electricity demand resulting from the pandemic, and record feed-in from wind and solar farms early this year. However, this could result in a significant increase in electricity prices in spring 2021 that would stifle any upturn in the already battered business sector. “Consequently, German policymakers need to translate their words into decisive deeds,” Teyssen continued. “Five is the magic number: Germany needs to cap its renewables levy at 5 ct/kWh and use the federal budget to cover the revenue shortfall. It also needs to reduce its unnecessarily high electricity tax to the European target rate of 0.05 ct/kWh. Together with our additional €500 million in investments, this would create a package that provides financial relief to customers and promotes a sustainable recovery.”

Co-funding renewables gives Germany policymakers an excellent tool to provide nationwide economic stimulus and to promote climate protection. “The measures we propose would offer economic relief to companies and the public nationwide,” Teyssen said. “They would also provide substantial impetus to speed up electrification, particularly in the transport and heating sectors. We all hope that the economy recovers rapidly. This, along with the revenues from the carbon tax that Germany has decided to institute, can gradually provide the funding for our proposals.”

In addition, Teyssen called for Germany’s planning and consents processes to be revamped, especially those for regional energy infrastructure and the modernization of towns and municipalities. “Germany needs to fast-track a climate-friendly investment offensive,” Teyssen emphasized. He added that these processes should have a maximum duration and be systematically accelerated and digitalized and that Germany also needs to reconsider the cherished right to participate in such processes and to file lawsuits against projects—including the right of associations to file such lawsuit—or at least limit these rights to a reasonable extent. In his opinion, the situation surrounding Tesla’s project near Berlin but also that of many other urgently needed network expansion and modernization projects speaks volumes. “After corona, Germany’s focus should be on creating the future, not preventing and delaying it, on speeding up consents processes by all means possible. After reunification, Germany had this kind of courage, unfortunately only for a short time. Now, after the enormous damage caused by the pandemic and in view of the even greater potential damage that could be caused by unchecked climate change, Germany needs even more courage to make lasting reforms. No grid modernization or climate project should be allowed to languish in a consents process for longer than three years. This is an area where Germany can learn from the corona crisis: digitalize consultation processes and use online technology to speed up administrative processes,” Teyssen said.

Sharp increase in sales and earnings due to innogy takeover

CFO Marc Spieker presented a solid first-quarter operating performance. The E.ON Group’s first-quarter sales increased from €9.1 billion in the prior-year period to €17.7 billion. Sales of €4.7 billion at the Energy Networks segment surpassed the prior-year figure by €2.2 billion. This is principally attributable to the inclusion of innogy’s operations, particularly in Germany. The Customer Solutions segment grew sales by €7.5 billion to roughly €14.4 billion. This increase likewise largely reflects the inclusion of innogy, particularly in Germany, Britain, the Netherlands, and Belgium.

Energy Networks’ adjusted EBIT of about €1.1 billion was €0.4 billion above the prior-year level, principally because of the inclusion of innogy’s operations, particularly in Germany.

Customer Solutions’ adjusted EBIT increased by €75 million year on year to €300 million. Nearly all of the innogy businesses that are now included contributed, principally in Germany, the Netherlands, and Belgium.

Unseasonably warm weather—particularly in Germany, Britain, and Sweden—reduced E.ON’s first-quarter earnings by a figure in the low triple-digit million euro range. The first-quarter numbers reflect corona’s impact on E.ON’s business to a limited degree because the lockdown restrictions only affected the final three weeks of the quarter. The adverse impact resulted from the resale of electricity, which had originally been precured for customers, at wholesale prices that are currently significantly lower due to corona-induced upheavals on energy markets. The measures were implemented swiftly in March and April, but the costs had only a minor impact on the first quarter. The Group is thus already preparing for the decline in customer demand for the year as a whole that can be discerned from today’s perspective. This removes corresponding risks from subsequent quarters. E.ON currently expects an adverse impact in the high double-digit million euro range for the year as a whole.

Overall, the E.ON Group’s first-quarter adjusted EBIT of just under €1.5 billion surpassed the prior-year figure by €285 million. Adjusted net income of €691 million was slightly above the prior-year level of €650 million.

E.ON’s business is highly resilience in part because regulated businesses generate more than 80 percent of its earnings. These businesses are also the focus of the company’s investments. In the first three months of 2020, investments in the core business and in the E.ON Group as a whole were significantly above the prior-year level. Most went toward the Energy Networks segment. Its investments nearly doubled year on year to €575 million. Higher investments for new connections as well as replacements and upgrades also contributed to the increase.

Although E.ON’s business model is not immune to every crisis, Spieker emphasized that it is highly resilient thanks to the decision to focus on energy infrastructure and end-customers’ needs. He added that the company is of course monitoring the risks of the COVID-19 pandemic very carefully. Due to the high degree of uncertainty regarding the pandemic’s further course and its implications, it is only possible for the company to make limited statements about its anticipated business performance in the remainder of the 2020 financial year.

In consideration of the COVID-19 pandemic’s implications that are foreseeable today, E.ON expects the E.ON Group’s 2020 adjusted EBIT to be between €3.9 and €4.1 billion and its 2020 adjusted net income to be between €1.7 and €1.9 billion. However, this does not include risks from the COVID-19 pandemic that may materialize as the year moves forward but that as of today cannot be assessed with sufficient certainty.