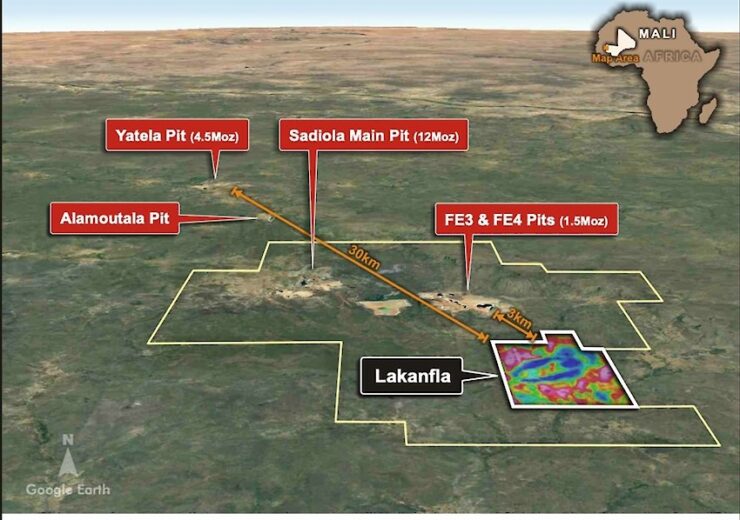 Altus Strategies Plc (AIM: ALS, TSX-V: ALTS, OTCQX: ALTUF) announces the commencement of a 3,800m drilling programme at its Lakanfla gold project (“Lakanfla” or the “Project”) located in western Mali. The programme is being funded by Marvel Gold Limited (ASX: MVL) (“Marvel”) under the joint venture (“JV”) with Altus.

Steven Poulton, Chief Executive of Altus, commented:
“We are excited to announce the commencement of a 3,800m drilling programme at our Lakanfla gold project in western Mali. The drilling is targeting a karst-style geological model, defined by an approximate 7km long gravity-low that surrounds a granite intrusion. Lakanfla hosts extensive hard rock artisanal gold workings and historic shallow drilling has intersected up to 5.1 g/t Au over 26m. The karst-style model represents an exciting target at Lakanfla and is analogous to certain pits at Sadiola and the former Yatela gold mine, located 6km and 30km to the northwest respectively.

“The programme is being funded by our ASX-listed JV partner Marvel Gold, which is earning an initial 33% interest in the Project. We look forward to updating shareholders on the results from the drilling in due course.”

The planned 18-hole programme will total 3,800m and employ a multipurpose drill rig capable of Reverse Circulation (“RC”) and Diamond Drilling (“DD”). RC drilling is expected to better handle the variable lithological and ground conditions in the karst target areas, resulting in the maximum amount of sample being collected. The programme will test four karst-style gravity-low targets which surround a major granitic intrusion.

Marvel will also be undertaking passive seismic surveys over the gravity lows at Lakanfla. These surveys are used to identify density contrasts between various lithologies up to 700m below the surface. Marvel believes the density contrast between dissolved carbonates and fresh rock can be used to model the base of the gravity lows in three dimensions. This data can then be calibrated against the drill results to aid target generation for follow-up drilling.

Marvel have the right to earn up to an 80% interest in Lakanfla by sole funding four stages of exploration, culminating in a definitive feasibility study, and by making certain cash (or cash plus Marvel equity) payments to Altus. Thereafter, Altus has the right to co-fund or dilute its interest in the Project. Altus will retain a 2.5% NSR royalty on the Project and Marvel have the right to reduce the NSR to 1.0% for a payment to Altus of between US$9.99M and US$15.00M (subject to the size of the resource at Lakanfla).