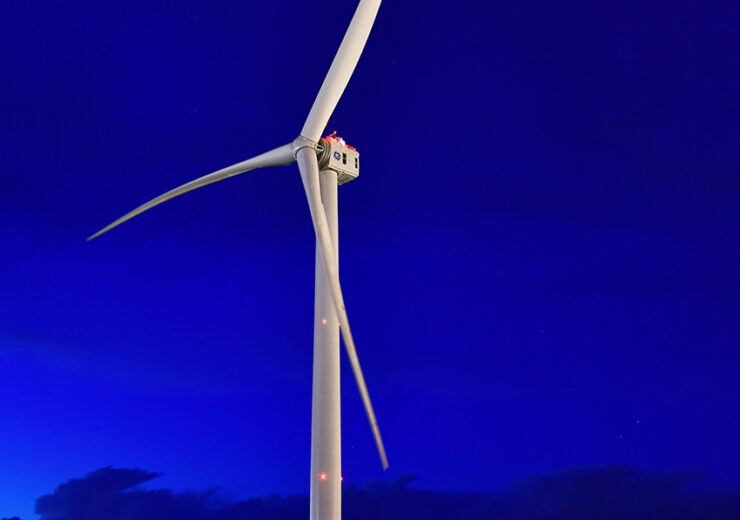 GE announced Dogger Bank Wind Farm, off the north-east coast of England in the North Sea, reached financial close on debt financing for Phases A and B.  Upon reaching financial close, Notice-to-Proceed (NTP) for Dogger Bank Wind Farm Phase A was granted by the co-sponsors enabling construction to commence on the world’s largest offshore wind farm, which will debut GE’s 13 MW Haliade-X wind turbines. Financial close also marks a significant fourth quarter order for GE.

GE Energy Financial Services (GE EFS) partnered with the co-sponsors to support insurance cover from Bpifrance, the French export credit agency, which insured a portion of the ECA debt financing. GE EFS’ strong partnership with Bpifrance resulted in the first insurance cover from the French export credit provider for an offshore wind farm project. Separate debt facilities structured by the Project co-sponsors are supported by GIEK and EKN.

Susan Flanagan, President & CEO, GE Energy Financial Services, said: “Sourcing financing from the private and public sectors to enable GE’s flagship 13 MW Haliade-X offshore wind farm technology in the UK demonstrates increasing appetite by developers and investors to build and fund renewable energy infrastructure projects.  As more mega-offshore wind projects come to market, we are seeing sponsors tap into export credit agencies to support the debt requirements of these capital-intensive projects and attract the needed capital to bring such projects online. In the UK and across Europe, strong renewables buildout is expected to continue and offshore is seen as a transformative energy source that will have a major impact on the pace of the energy transition.”

On the basis of underlying export contracts awarded to GE Renewable Energy, Bpifrance Assurance Export supports the financing of this landmark project, enhancing the liquidity and covering the lending banks against commercial risks.

François Lefebvre , CEO of Bpifrance Assurance Export, said: “Bpifrance supports GE’s “13 MW Haliade-X technology” through the issuance of a credit insurance for the financing of GE Wind France’s contracts, which are major export contracts for the French exporter and a key contribution to the Dogger Bank projects. It is also a milestone in Bpifrance’s support for sustainable projects involving French exporters. Bpifrance is proud to finance the offshore wind sector through its participation in this emblematic project, the largest offshore wind farm in the world.”

Dogger Bank Wind Farm is expected to reach full commercial operations in 2026. The phases which comprises three 1.2 GW projects were successful in the latest Contracts for Difference (CfDs) Allocation Round, the UK Government’s auction for renewable power. SSE Renewables will lead the development and construction phases of Dogger Bank Wind Farm and Equinor will lead on operations once completed.

Alistair Phillips-Davies, SSE Chief Executive, said: “We are proud to be leading on the construction and development of Dogger Bank Wind Farm, which has been 10 years in the making. We are putting our money where our mouth is on delivering net zero and reinforcing the UK’s position as a world leader. This investment will help drive a green recovery from coronavirus through the project’s construction over the next five years, creating jobs and boosting the local economy. Achieving financial close for the first two phases of the world’s largest wind farm is a huge accomplishment and, alongside reaching Seagreen 1 financial close earlier this year, represents significant progress towards achieving our goal of trebling our renewable output by 2030.”

Pål Eitrheim, Equinor EVP of New Energy Solutions, said: “Reaching financial close on the two first phases of Dogger Bank is a major milestone, demonstrating our commitment to profitable growth within offshore wind. The extensive interest from lenders, underpins the attractiveness of UK offshore wind assets and confidence in SSE and Equinor. As the wind farm’s future operator, we are proud to take this big step forward in delivering what will be the backbone of a growing wind hub in the North Sea. Through the sheer scale of the project we have delivered record-low contract prices for the UK market, and as operator of the wind farm we will continue to deliver value to the UK for years to come.”

On completion, Dogger Bank Wind Farm is expected to power up to 6 million homes* annually in the UK, equivalent to 5% of the UK’s electricity demand. In securing financing, GE’s Haliade-X technology will now have an important role to play in the UK’s offshore wind ambitions (40 GW by 2030) and greenhouse emission reduction to “net-zero” by 2050.

John Lavelle, President & CEO, Offshore Wind at GE Renewable Energy, said: “Financial closure is another key milestone for the first two phases of the Dogger Bank Wind Farm. GE is pleased to be able to bring both financial expertise and innovative technology solutions to this record-setting project, which will deliver significant amounts of clean, renewable energy and reinforce the UK’s role as a leader in offshore wind.”