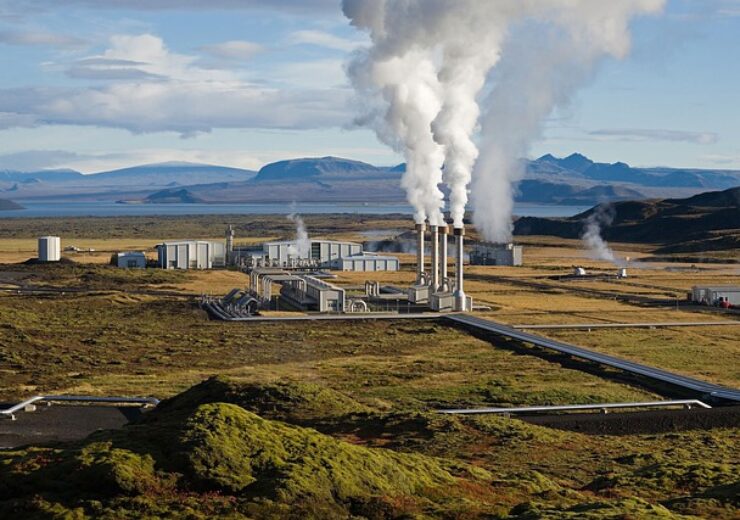 U.S. Secretary Jennifer M. Granholm today announced a new Department of Energy (DOE) goal to make enhanced geothermal systems (EGS) a widespread renewable energy option in the U.S. by cutting its cost by 90% to $45 per megawatt hour by 2035. The Enhanced Geothermal Shot DOE’s seeks to unlock the Earth’s nearly inexhaustible heat resources to provide reliable, clean power to American communities and expand opportunities for a robust domestic geothermal industry. More than five terawatts of heat resources—enough to meet the electricity needs of the entire world—exist in the United States. Capturing even a small fraction of this could affordably power over 40 million American homes. EGS can also enable technologies for widespread deployment of geothermal heating and cooling, which will further allow buildings and whole communities to decarbonize. Achieving the Enhanced Geothermal Shot will go a long way toward reaching President Biden’s goals of 100% carbon pollution-free electricity by 2035 and net-zero emissions across the U.S. economy by 2050.

“The United States has a vast, geothermal energy resource lying right beneath our feet, and this program will make it economical to bring that power to American households and businesses,” said U.S. Secretary of Energy Jennifer M. Granholm. “DOE’s Enhanced Geothermal Shot will move geothermal technology from research and development to cost-effective commercial adoption, helping energy communities and workers transition to producing clean energy for the future.”

DOE is investing in research and development that will help the nation access its full geothermal potential and reach the Enhanced Geothermal Shot goals. Recent investments include $44 million to help spur EGS innovations for DOE’s Frontier Observatory for Geothermal Energy Research (FORGE) field laboratory and up to $165 million to transfer best practices from oil and gas to advance both EGS and conventional geothermal. President Biden’s Bipartisan Infrastructure Law also supports work to advance EGS with $84 million in funding to support four pilot EGS demonstration projects that will provide valuable information about EGS in different geographies and geologies.

EGS is a young technology with the potential to become a powerhouse of U.S. economic growth, especially for rural communities. Most geothermal jobs are inherently local and relate to well drilling and construction, which must be performed by a domestic workforce. The geothermal industry and workforce are also similar to oil and gas, presenting an opportunity to transition skilled workers, as well as entire communities, and equipment from fossil fuels to clean energy.

Geothermal energy currently generates about 3.7 gigawatts of electricity in the United States, but a substantial amount of geothermal energy is not accessible with current technology. Research and innovation to advance EGS drilling, and engineering can unlock those resources and put new, clean electricity on the grid. Simplified, EGS is a process of creating human-made underground reservoirs, which is accomplished by injecting fluid deep underground into naturally heated rocks that otherwise lack the fluid flow necessary to draw geothermal energy to the surface.

DOE plans to hold an Enhanced Geothermal Shot Summit to engage state and local communities, industry, and other stakeholders. DOE will continue to partner with other Federal Agencies such as the National Science Foundation to advance the state of the art and develop the workforce needed to support the clean energy transition.