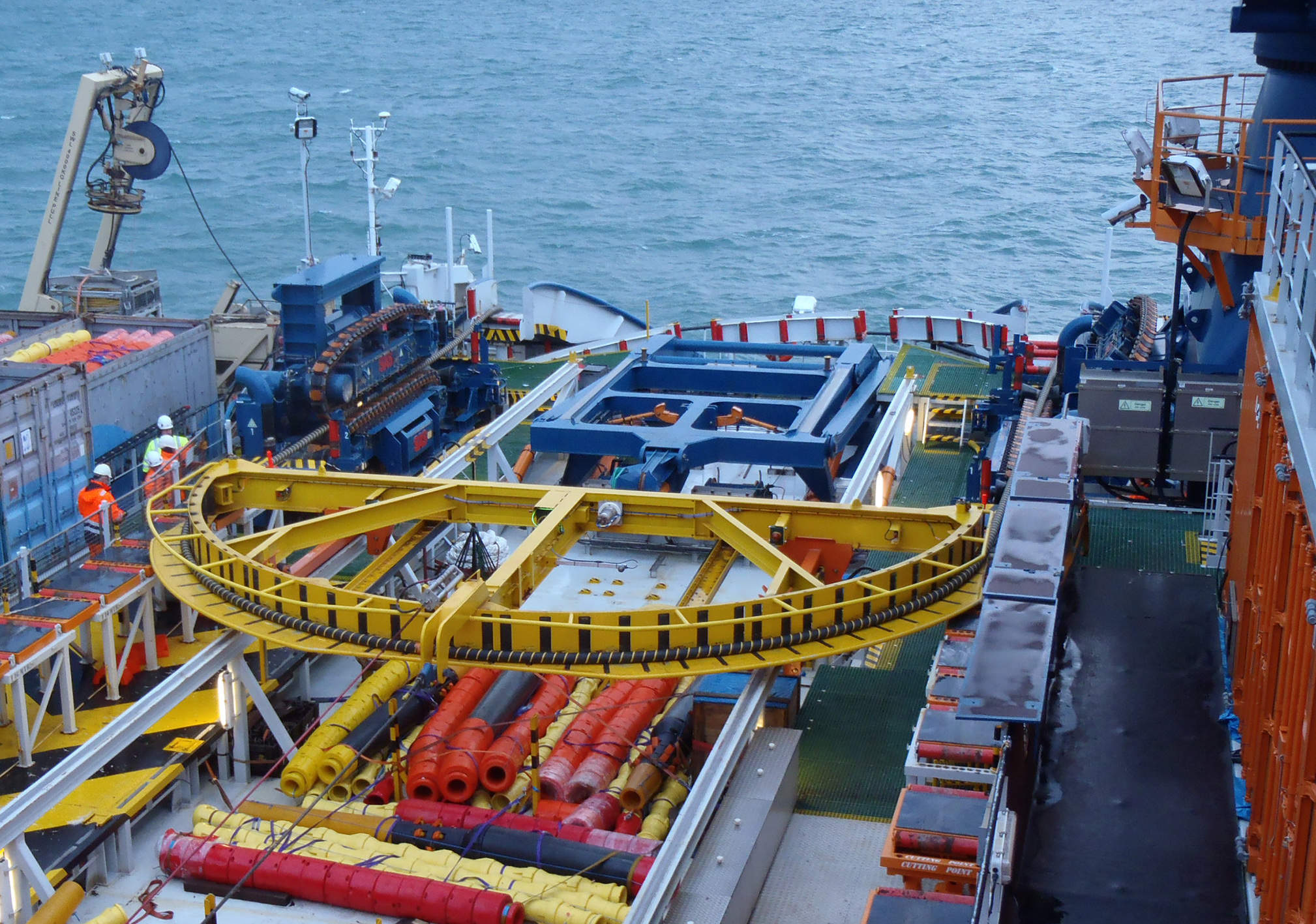 The job of supervising the inner array cable installation began with the monitoring of cable production in Sweden and Norway and concluded with successful tests of the cables at sea. DOC provided the customer with onshore and offshore site supervisors and also contributed its own expertise during all tasks of the project.

MERKUR Offshore is located in the German Exclusive Economic Zone (EEZ) in the North Sea approximately 45 kilometres north of the island of Borkum, and it covers an area of 47km².

DOC’s team was deployed on six different special vessels to supervise cable laying, burying, cable connection work as well as the subsequent tests for MERKUR Offshore. The cabling has an overall length of 84.6 kilometres and a total weight of approximately 2,700 tonnes.

DOC was also involved in the construction phase of the offshore substation platform in Belgium. The platform relays the electricity that is generated to TenneT’s DolWin gamma substation.

MERKUR Offshore is expected to be completed by the end of 2018 and put into operation in 2019.

Deutsche Offshore Consult managing director Jörg Engicht said: “We thank the MERKUR Offshore team for the good cooperation as well as the trust they placed in us. The successful completion of the inner array cable installation of the wind farm is an important milestone of this impressive offshore wind project, and we are proud to have contributed to it.”

MERKUR Offshore Balance of Plant senior project manager Lars Gonschorek said: “DOC has continuously provided excellent support throughout different phases and in various work-packages of the MERKUR Project. DOC has delivered highly specialized expertise already in the design phase, and continued its performance in the fabrication, installation and commissioning, especially of the inner array cables. I would like to thank DOC for the good cooperation, including the flexible provision of qualified experts and meeting the Project’s requirements at all times.”