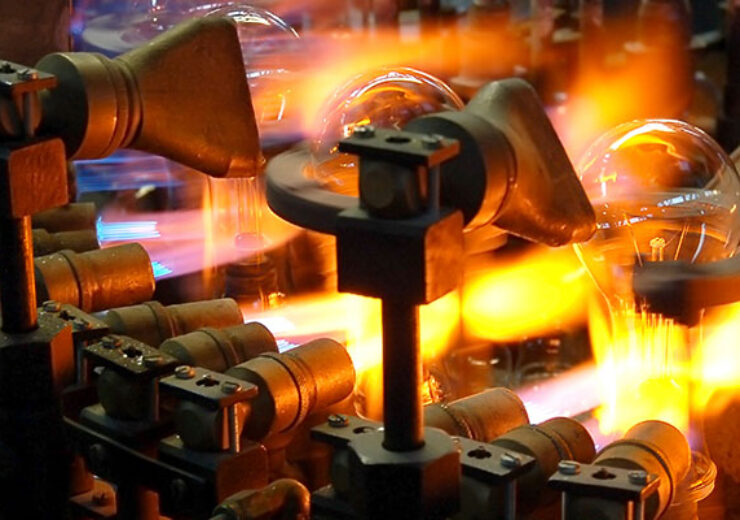 DNV GL has launched an international industry consortium in collaboration with Dutch glass production expert company Celsian to develop the technology required for a gradual transition from natural gas to hydrogen as a fuel in energy-intensive industrial production processes. The programme provides an important building block for the successful rollout of the sustainable hydrogen value chain.

A major challenge for energy-intensive industrial production processes, for example in the glass, food and ceramic sectors, is to make existing heating processes carbon-free. As electrification is often not an option, a fast and sustainable route to reduce the carbon intensity for industrial heating processes is to substitute natural gas by hydrogen.

“Existing burner and burner control technology to decarbonize industrial production processes are not yet market-ready, despite great interest and the advantages of hydrogen as a low carbon fuel in high-temperature industries. Our programme aims to have new burner concepts available within two years,” said Sander Gersen, project leader, DNV GL – Oil & Gas.

The two-year programme is a unique collaboration in the introduction of hydrogen as a fuel for industrial use, aiming to contribute fundamental improvements to existing industrial heating processes to make the gradual transition from natural gas to hydrogen fast and cost-efficiently.

“Together with our partners, we are looking at how we can best integrate new technology in industrial processes and hydrogen value chains. At the same time, we are gathering data and practical experience by conducting field demonstrations in various industrial environments. Right now, we are laying the foundation at DNV GL’s laboratories in Groningen. Subsequently, we will prepare for a field demonstration where the new technology is integrated into the industrial production processes of participating companies” said Johan Knijp, country manager DNV GL – O&G Netherlands.

The transition from natural gas to hydrogen
Three important principles must be considered when switching from natural gas to hydrogen. Firstly, it is crucial that product quality is not affected. Therefore, in the first phase of the research strong emphasis is on understanding heat transfer from the hydrogen flame to the product. Secondly, security of supply during the transition is important – in other words, an end-user always wants to be able to switch back (temporarily) to natural gas. Finally, the solution should be relatively easy and cost-effective to integrate into existing installations.

The programme’s proposed solution to reduce the carbon intensity of industrial energy consumption builds on the fuel adaptive burner concept recently developed by DNV GL and burner system manufacturer Zantingh. Where a traditional burner is only suitable for 100% natural gas, the fuel transition adaptive burner can handle any mix of natural gas and hydrogen. An installation equipped with this new burner concept is prepared for any change in the natural gas/hydrogen mix that will be offered in the coming years while maintaining safety, reliability and low emissions.

From ambition to reality
Nationally and internationally, there is a lot of attention on hydrogen and its role in the energy transition. Both governments and private companies are investing significantly in this technology. In a recent survey of more than 1,000 senior oil and gas professionals conducted by DNV GL, one in five (21%) of the respondents revealed that their organization is already actively entering the hydrogen market, and more than half (52%) expect the gas to form a significant part of the energy mix within a decade.

“Hydrogen is in the spotlight while the energy transition is moving at pace – and rightly so. But to realize its potential, both government and industry will have to make bold decisions. The challenge now is not in the ambition, but in changing the timeline: from hydrogen on the horizon to hydrogen in our homes, businesses and transport systems,” said Liv A. Hovem, CEO, DNV GL – Oil & Gas.

“To reach the level where societies and industry can reap the benefits of hydrogen on a large scale, all stakeholders will need to pay immediate attention to demonstrating safety, enabling infrastructure, scaling up technology and stimulating the development of value chains through policy,” Hovem added.

The first field demonstration is planned at Nedmag in Veendam (Netherlands), where magnesium salt is processed using high-temperature processes. Preparations for this test have already started. By the end of 2020, an oil stove at the plant will be to run on hydrogen obtained from the nearby Gasunie Hystock hydrogen production plant in Zuidwending.