Diesel has become a dirty word in the era of clean energy, but advocates in the US argue that a new generation of clean diesel technologies have a vital role to play in the fight against climate change. 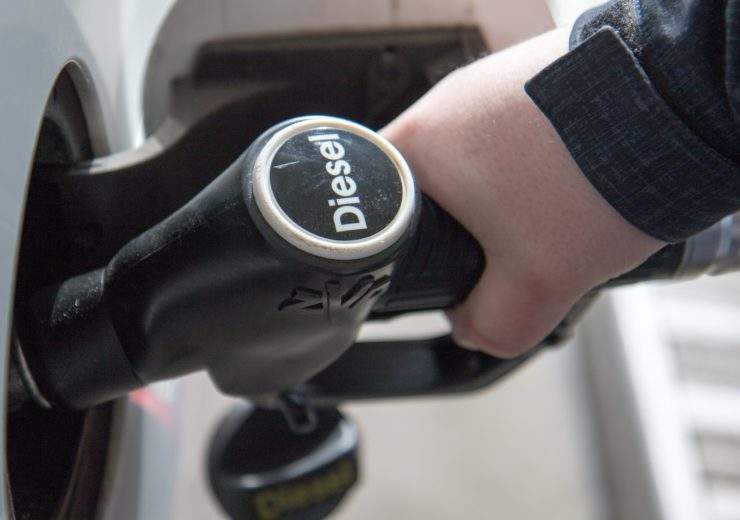 Only a third of cars sold in the UK are now diesel, down from nearly half just a year ago. Image Shutterstock

The electric vehicle (EV) revolution is a major driving force behind the transition to a net zero-emissions society, but industry and consumers must recognise the role played by a new generation of clean diesel engines and fuels when it comes to mitigating the harm caused by greenhouse gases (GHGs).

The Forum is committed to raising awareness about advances in diesel engines, vehicles and equipment, cleaner diesel fuels and diesel emissions-control systems.

“While the summit has focused on options like ‘electrifying everything’ or switching to alternative forms of energy, many such approaches are aspirational or far outside the practical consideration for many cities and countries,” said Allen Schaeffer, executive director of the Forum.

“We should all embrace innovation and opportunity in every form, and at the same time not lose sight of technologies that deliver climate progress today on a wide scale. Making progress on global climate commitments requires a mix of proven and existing technologies, working alongside new technologies. Among these must be the new generation of diesel power.”

The demise of diesel in Europe

As recently as 2010 diesel fuel was being widely touted by European politicians and climate experts as one answer to the escalating pollution problem. Vehicles running on diesel were not only more cost-effective, they were also thought to emit less carbon dioxide (CO2) than their petrol counterparts.

Then came a new wave of research by the likes of the European Environment Agency and the World Health Organisation (WHO) warning that nitrogen oxides and dioxides (NOx) and particulate matter (PM) pumped out by diesel exhausts were responsible for thousands of premature deaths each year.

In September 2015, diesel was dealt another blow when it emerged that German car-making giant Volkswagen, a proponent of ‘clean diesel’ technology, had cheated on emission tests.

Combined, these factors have conspired to make diesel the target of punitive legislation throughout Europe. In London, for example, an ultra-low emission zone planned for April 2019 will effectively double the congestion charge payable to drive in the city centre for any but the very newest, Euro 6, diesel cars.

The car-buying public has responded. Only a third of cars sold in the UK are now diesel, down from nearly half just a year ago. David Bailey, professor of industrial strategy at Aston University, predicts that diesel’s UK market share will drop from one in two cars sold in the first half of this decade to one in seven by 2025.

Toyota, the world’s biggest car manufacturer, has announced that it will not be selling diesel cars in the UK beyond December of this year, while Fiat Chrysler plans to end diesel production by 2022.

There are notable exceptions, however. Around 90% of Jaguar Land Rover’s cars sold in 2017 were diesels and the include British manufacturer has invested heavily in its new Euro 6 engine plant in the Midlands.

In July, the Society of Motor Manufacturers and Traders (SMMT) urged the UK Government to throw its weight behind new advanced diesel technologies, arguing that alternatively fuelled vehicles represent only one in 20 registrations and at present cannot drive down overall emissions as effectively as their conventional counterparts, including diesels.

Across the Atlantic, the Diesel Technology Forum argues that the newest generation of diesel engine – when combined with ultra-low-sulphur diesel fuel – constitutes a ‘cost-effective, near-zero-emission power choice’ and that new renewable diesel and biodiesel fuel options can cut GHGs and other emissions even further.

The Forum is referring to selective catalytic reduction (SCR) technology, which claims to reduce NOx emissions by up to 90% by injecting automotive-grade urea, otherwise known as diesel exhaust fluid (DEF), into the exhaust stream of a diesel engine, setting off a chemical reaction that converts NOx into nitrogen, water and tiny amounts of CO2, which is then expelled through the vehicle’s tail pipe.

Diesel’s superior fuel economy is well documented – according to the US Government, diesel fuels typically achieve 25-30% better fuel economy compared with compared with similar gasoline-powered vehicles – but advocates also point to its flexibility.

The Diesel Technology Forum claims that most existing diesel engines can run on high-quality blends of biodiesel, a bio-based fuel derived from waste residues, with little modification, as well as next-generation, drop-in renewable diesel fuels.

These are derived from the same feedstocks as biodiesel, but a different chemical process is used to generate an advanced biofuel that meets the same technical specification as petroleum diesel fuel.

The US Environmental Protection Agency (EPA) estimates that the US could save up to 1.4 million barrels of oil a day – an amount equivalent to the oil it currently imports from Saudi Arabia – if one-third of US cars, pickup trucks and SUVs were diesel-powered.

“Diesel powers one out of every two sectors in the global economy,” says Schaeffer. “At work on the streets, on jobsites, and in farm fields, mines and beyond, greenhouse gas emissions reductions are not a prospective goal, but are a daily reality, driven by the increased use of more advanced diesel engines, vehicles and equipment.

“While technology demonstrations or small-scale releases of alternate technologies may take place, in many sectors no other fuel or technology options are expected to be commercially available on a wide scale, nor be able to deliver the unique combination of benefits that diesel possesses, for the foreseeable future.”

The Forum attributes the following statistics to advancements in diesel power:

• 59 million tons: the amount of CO2 eliminated through the use of clean diesel trucks in the US since 2011
• 1 billion tons: the quantity of CO2 expected to be reduced in the US from the use of more fuel-efficient commercial trucks – primarily diesel-powered – between 2021 and 2027
• 63,000 tons: the amount of CO2 eliminated in the City of San Francisco in a year by powering 606 diesel buses with renewable diesel fuel.

“We encourage world leaders to consider policies to encourage the greater adoption of the latest clean diesel technologies out on the road, in the fields and on job sites so as to accelerate progress today,” says Schaeffer.