The move is part of DEWA’s drive to forge strong ties with major global companies to exchange knowledge and share best practices in the energy sector. 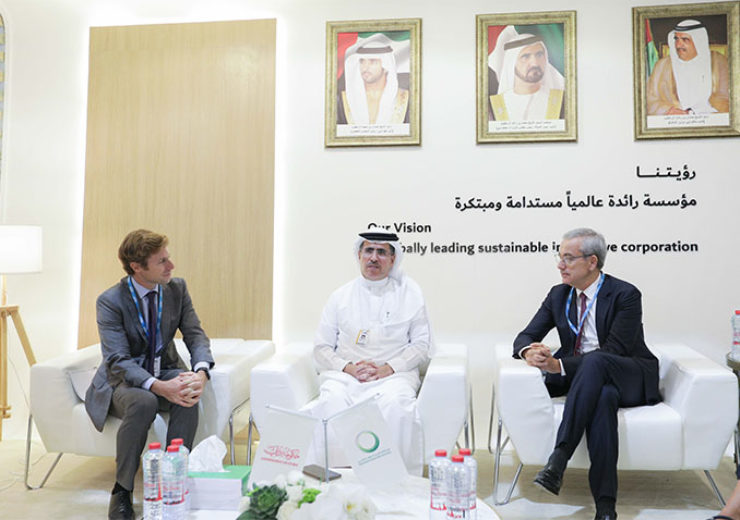 Image: Official from DEWA among others. Photo: courtesy of Dubai Electricity and Water Authority.

Al Tayer discussed DEWA’s key projects and plans to achieve the vision of HH Sheikh Mohammed bin Rashid Al Maktoum, Vice President and Prime Minister of the UAE and Ruler of Dubai. DEWA contributes to achieving this vision by establishing a robust infrastructure to meet the increasing demand for electricity and water. DEWA’s installed capacity is 11,400MW of electricity and 470 MIGD of desalinated water per day.

Al Tayer noted that DEWA is striving to achieve the objectives of the Dubai Clean Energy Strategy 2050, to secure its energy supply by diversifying the energy mix to provide 75% of Dubai’s total power output from clean energy by 2050. DEWA has launched several projects and initiatives to achieve this objective including the Mohammed bin Rashid Al Maktoum Solar Park, the largest single-site solar park in the world with a production capacity of 5,000 megawatts (MW) by 2030; of which 4,000MW will be from photovoltaic solar panels and 1,000MW from concentrated solar power (CSP) technologies, with investments totalling AED 50 billion.

Al Tayer briefed the delegation on DEWA’s efforts to establish the infrastructure for electricity and water services in Dubai, according to the highest standards and best global practices, with its strategic priorities in energy supply security; and positioning Dubai as a global role model of energy efficiency and reliability, green economy, and sustainability.

Clamadieu and the ENGIE delegation presented their latest energy-generation solutions and technologies. The delegation also expressed their keen interest to participate in DEWA’s projects.