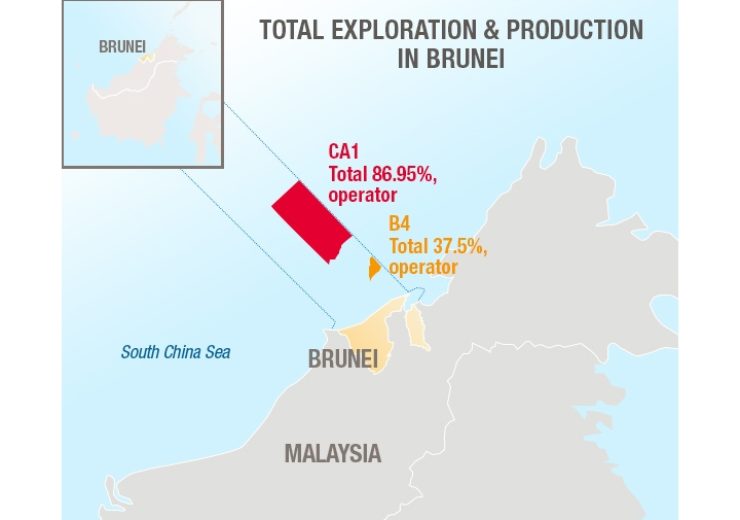 Image: A map showing the location of the Block CA1 offshore Brunei. Photo: courtesy of Total.

Total Exploration & Production president Arnaud Breuillac said: “This transaction fits with our strategy of actively managing our portfolio and will contribute to our program to dispose of $5 billion of non-core assets over the period 2019-2020.”

Subject to approval by the competent authorities, the transaction is planned to be completed by December 2019.

The French firm also operates in Brunei through Total E&P Borneo (TEPB), which operates the Block B Joint Venture (JV) with a 37.5% stake. Other partners in the JV include Shell Deepwater Borneo with 35% stake and PB Expro holding 27.5% interest.

The French firm said it plans to operate the bunker vessel in Northern Europe to supply LNG to commercial vessels for a period of at least 10 years.

Scheduled for delivery in 2020, the new bunker vessel is expected to supply LNG to commercial vessels including CMA CGM’s nine newly built large containerships in Europe-Asia trade with 300,000 tons per year capacity.

“This first ship demonstrates our commitment to offering our customers both more environmentally friendly fuels and the associated logistics. Thanks to this pioneering investment, Total is making a positive contribution to the sustainable evolution of global shipping.”