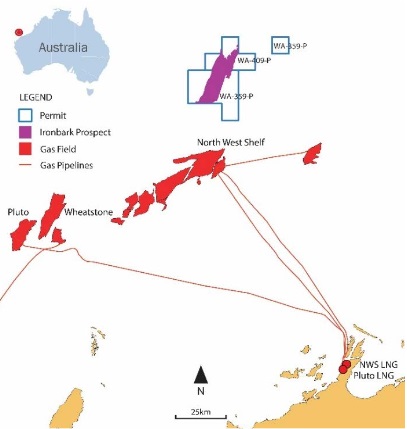 The move follows conclusion of all agreements between the Australian company and BP Developments Australia, Beach Energy and New Zealand Oil & Gas.

The agreements finalised include the BP Option Deed, farm-in agreements with Beach and New Zealand Oil & Gas, and the co-ordination agreement between all parties.

Additionally, Cue will be allocated an additional A$8m (£4.3m) to fund the uncarried portion of its earlier agreed participating costs to drill the well.

The JV plans to drill Ironbark-1 well in late-2020

Cue CEO Matthew Boyall said: “BP, Beach and New Zealand Oil & Gas are technically strong, well funded partners and Cue is very excited to be working together in this joint venture to drill a well in the Ironbark prospect. As previously announced, the Ocean Apex rig has been contracted and drilling is scheduled for late 2020.”

“Cue holds a significant, 21.5% participating interest in the world class Ironbark prospect, which has a best estimate 15 Tcf of prospective recoverable gas and is close to existing LNG infrastructure. If successful, Ironbark has the potential to be company changing for Cue.”

Exploration permit WA-359-P is situated in the Carnarvon Basin around 50km from the North West Shelf LNG infrastructure.

Cue said that the National Offshore Petroleum Safety and Environmental Management Authority (NOPSEMA) had already accepted an Environment Plan for the Ironbark-1 well site survey activities, which are slated to begin in the third quarter of 2019.