Crown Estate Scotland has unveiled proposals to lease seabed to encourage the next generation of offshore wind project in the country’s waters. 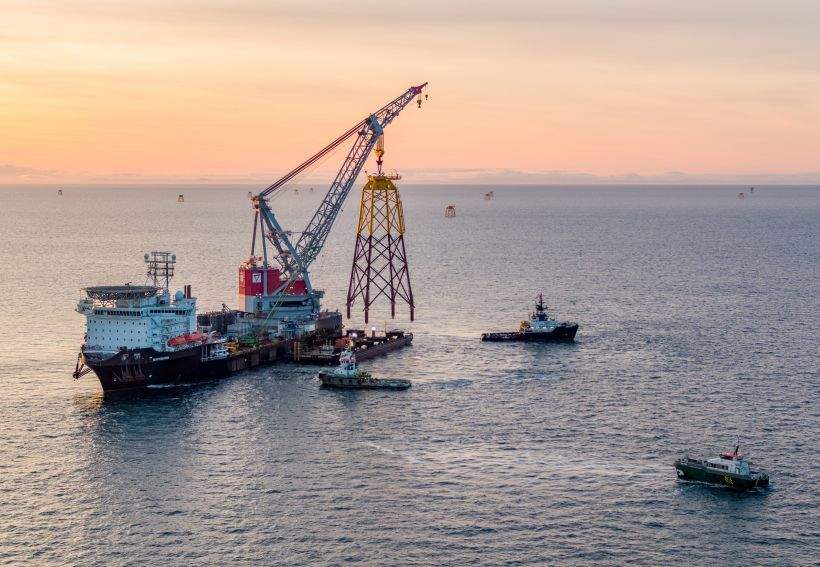 The paper, published today, outlines the draft process and asks those interested to feed back to help shape the final approach. Projects will have to be sited in areas identified in Marine Scotland’s forthcoming Sectoral Marine Plan for Offshore Wind.

Currently there are two offshore wind projects operating (Robin Rigg, Hywind Scotland), two being built (Beatrice and the European Offshore Wind Deployment Centre) and some more due to start being built soon. This means that work needs to start now to ensure new projects are being built from late-2020s onwards.

Providing certainty and clarity to attract investment in a UK, European and global marketplace

Being transparent, open and fair

Early consultation has already taken place, recognising that how Scotland uses its energy assets – including seabed – impacts businesses, communities and consumers across the nation.

Crown Estate Scotland Senior Energy & Infrastructure Manager John Robertson said “Using our seas to power Scotland is an important part of our economic and environmental well-being. To provide affordable, secure and clean energy, Scotland must continue to sustainably use its natural resources and grow the offshore wind sector.”

Environment, Climate Change & Land Reform Cabinet Secretary Roseanna Cunningham said: “The potential benefits of offshore renewable energy to Scotland are enormous. That is why it is important that Crown Estate Scotland makes available the right seabed locations at the right time, in order to contribute to delivery of our energy strategy, attract inward investment, develop new technology and continue to drive down the associated costs of offshore energy. I therefore encourage anyone with an interest to feedback to help shape Crown Estate Scotland’s contribution to our energy strategy.”

UK Government Energy Minister Claire Perry said: “Through our modern Industrial Strategy, we are generating more clean energy than ever before with an impressive 15% of UK electricity coming from wind last year – up from less than 3% in 2010.

“As technology costs come down, this will enable renewables to flourish. The opening up of more seabed areas for new offshore wind projects is another step towards achieving our low cost, low carbon future.”

It can take five to ten years to develop and construct a new offshore wind project. Crown Estate Scotland and the offshore wind sector therefore need to start work now to ensure new projects can continue being built in the late 2020s and onwards.

The Scottish Government’s Energy Strategy confirms Ministers’ commitment to work with Crown Estate Scotland and Marine Scotland on new offshore wind, as part of a whole-system approach to meeting a 2030 target of 50% of energy consumption (heat, transport and electricity) being from renewable sources.

The UK Government’s Clean Growth Strategy also includes a commitment to work with Crown Estate Scotland to understand the potential for deployment of offshore wind from the late-2020s onwards.

The paper outlines a provisional design for a complete leasing package.  The design aims to strike a suitable balance of allowing flexibility to developers, in a way which is acceptable to a wide range of stakeholders, while unlocking wider benefits.