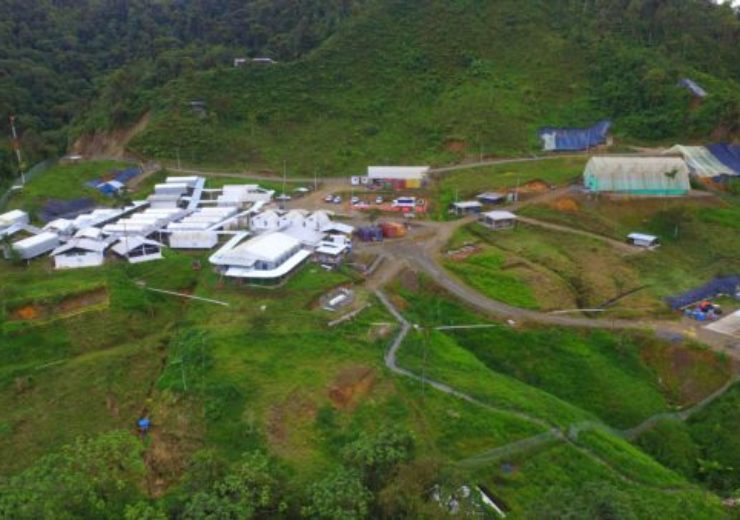 SolGold and Cornerstone Capital are partners in the Alpala Project in Ecuador. (Credit: SolGold)

Canada-based Cornerstone Capital Resources has turned down a second takeover proposal, worth around CAD140m ($103m), from SolGold citing that it is not in the best interests of the company and its shareholders.

The Canadian firm also believes that the offer significantly undervalues it and is opportunistically timed.

In early 2019, the Australian gold and copper mining company’s takeover proposal was rejected on the basis of undervaluing the Canadian firm’s business among other reasons.

The latest offer from the Australian company has been termed as a ‘hostile bid’, which Cornerstone Capital said is fully inadequate and has been quickly rejected by holders of a majority of its shares.

Furthermore, the Australian miner called the proposal to be exploitive alleging that SolGold has withheld and continues to withhold material non-public information regarding the Cascabel Project from the market and also its shareholders.

Both SolGold and Cornerstone Capital are partners in the Cascabel gold-copper porphyry project in Ecuador where they are looking to develop the Alpala copper-gold deposit. The Australian company holds an 85% stake in the Ecuadorian project, while the remaining 15% is held by its Canadian partner.

Cornerstone Capital board chairman comments on the offers by SolGold

Cornerstone Capital board chairman Greg Chamandy said: “For the second time, the Board is unanimous that SolGold’s proposal substantially undervalues Cornerstone, a fact that has clearly been recognized by our shareholders, as holders of approximately 65% of the outstanding Cornerstone shares have advised Cornerstone that they will not support SolGold’s Hostile Bid.

“As one of the largest shareholders of SolGold, we are very disappointed that the current SolGold management team and board continue to waste significant resources and divert benefits to insiders, all while making a bid that fails to comply with Canadian securities laws, and all at the expense of shareholders.”