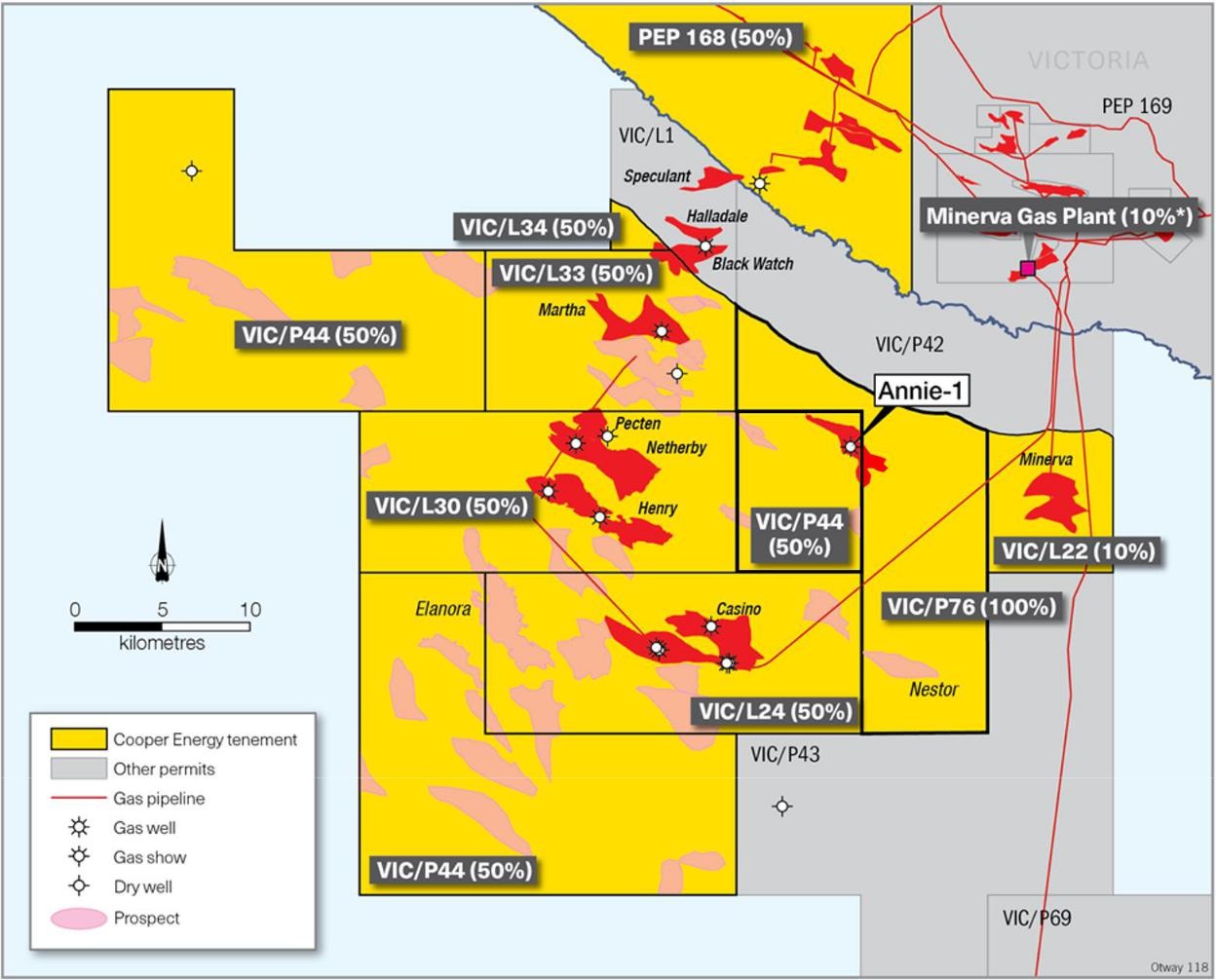 VIC/P76 comprises an area of 162 km2 in water depths ranging from 60 metres to 70 metres of the offshore Otway Basin. Commercial gas discoveries surround the permit, including the recently depleted Minerva gas field to the east and the producing Casino, Henry and Netherby gas fields to the west. The Annie gas field discovery, announced 6 September 2019, adjoins the western boundary of VIC/P76.

There are no previous wells drilled within the permit area. Good quality 3D seismic data covers most of the permit, from which Cooper Energy has identified several amplitude-supported prospects. The most significant, Nestor, has many similarities to the Annie gas discovery including the Waarre C reservoir, trap configuration and potential resource size. Nestor is located 9 km east of the Casino gas field.

Cooper Energy Managing Director David Maxwell said “VIC/P76 is a logical and appealing complement to our existing Otway Basin gas assets. It adjoins the Annie gas discovery and Casino production licence and is traversed by the Casino gas pipeline which we are planning to connect to the Minerva Gas Plant”.

“The recent discovery of gas at Annie-1 has reinforced the prospectivity of this area of the offshore Otway Basin for gas exploration and the high success rate of drilling amplitude-supported targets in the region”.

“The fact that VIC/P76 possesses an “Annie-look-alike” makes the permit particularly attractive, especially as the proximity to our existing pipelines and access to the Minerva Gas Plant makes for very supportive development economics” he said.

The permit has been awarded to Cooper Energy for a six-year term, of which the first three years have a guaranteed work program consisting of geological and geophysical studies and the drilling of one well.

Cooper Energy has 100% equity in VIC/P76 and will assess the involvement of one or more potential joint venture partners according to value and risk management considerations.