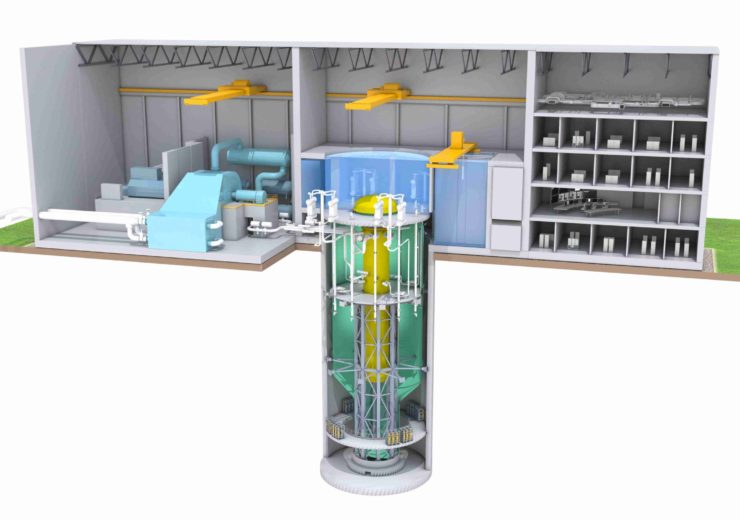 The U.S. Department of Energy has announced awards to two teams of industry experts to develop tools to transform the operations and maintenance of advanced nuclear reactors through the use of Artificial Intelligence-enabled digital twins using the GE Hitachi (GEH) BWRX-300 small modular reactor as a reference design.

The GE Research-led team consisting of Exelon Generation, Oak Ridge National Laboratory (ORNL), the University of Tennessee-Knoxville and GEH will build a digital twin of BWRX-300 critical components and utilize artificial intelligence predictive technologies to make risk informed decisions. Exelon, which operates the largest U.S. fleet of nuclear power plants, will provide historical data based on significant experience to inform the model and targets which are aimed at reducing the operating and maintenance costs of advanced reactors.

“The expertise and experience of the teams coming together for these projects are truly impressive,” said Jon Ball, Executive Vice President of Nuclear Products for GEH. “The use of AI and digital twins will complement the current development of this game changing clean energy solution and enhance our ability to further reduce operating costs. We appreciate the leadership of the Department of Energy in supporting U.S. nuclear energy competitiveness through the ARPA-E program.”

Abhinav Saxena, a Senior AI Scientist at GE Research and project leader on the AI-enabled predictive maintenance digital twins project, says GE has developed and deployed well over 1.2 million digital twins within an array of products and services that span the aviation, transportation and energy sectors, including in nuclear energy. He says the team is excited to expand its application in the nuclear energy sector through both projects.

“We’re excited at the prospect of applying GE’s digital twin technology and our novel concept of Humble AI to advanced nuclear reactors,” Saxena said. “Humble AI is part of a new lexicon of AI terms emerging, as AI becomes integrated into critical industrial infrastructure where safety, reliability and performance are paramount. It will allow us to deliver improved performance and services, while maintaining and even enhancing safety and reliability.”

Saxena noted that GE already has been piloting its Humble AI technology with wind turbines in the field and gas turbine combustion, which have both resulted in higher efficiency and energy output.  The goal is to bring those same benefits, along with reduced operational and maintenance costs and more plant automation, to the nuclear sector. The Digital Twin and Humble AI technologies developed under this program will have similar impact in the nuclear sector, moving maintenance activities from time based to condition-based maintenance and paving the path towards autonomous operations.

“The team assembled by GE Research enables us to make great strides forward in safe, cost-effective maintenance optimization for the future nuclear power industry, combining the state of the art BWRX-300 reactor design with lessons learned from the current fleet of large-scale BWRs as a demonstration for risk-informed decision making,” said Dr. Jamie Coble, Department of Nuclear Engineering, the University of Tennessee-Knoxville.

“The Nuclear Science and Engineering department at MIT has invested a massive effort, with the support of the Department of Energy, to accelerate the transition of the nuclear industry toward high fidelity simulations in the form of computational fluid dynamics (CFD),” said Professor Emilio Baglietto, Department of Nuclear Science & Engineering, MIT. “We are thrilled to have the opportunity to work with GE, and to demonstrate how the advancement of this technology can have a tremendous impact on improving the economics of nuclear energy and support the deployment of the next generation of nuclear power stations.”

GE Hitachi continues to make significant progress in advancing this technology. In January, the company announced that it had officially begun the U.S. regulatory licensing process for the reactor with the submittal of the first licensing topical report to the Nuclear Regulatory Commission. In February, the company announced that it had made its first submittal to the Canadian Nuclear Safety Commission. In addition, several other countries including Poland, the Czech Republic and Estonia have expressed interest in the BWRX-300 as a part of their future energy mix.