Contract signed for construction of cogeneration plant on Petromidia platform

The activities will start in the last quarter of this year, the first phase aiming land preparation and engineering works 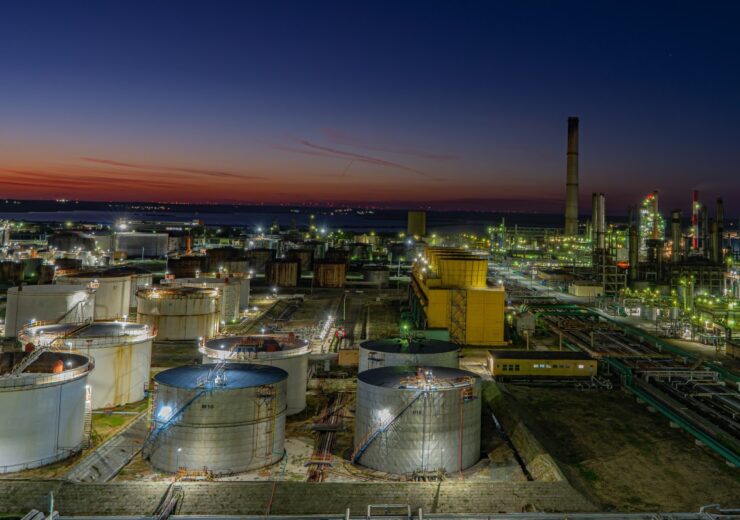 Kazakh-Romanian Energy Investment Fund (FIEKR) signed with Calik Enerji (Turkey) the EPC (Engineering, Procurement and Construction) contract for the turnkey construction of the cogeneration plant on the Petromidia platform. FIEKR is owned by KMG International and the Romanian State through Societatea de Administrare a Participaţiilor în Energie – SAPE.

The total investment of the fund in this project amounts to about 148 million USD, the estimated term for the commissioning of the new plant being in the first half of 2023. The project will generate about 11 million USD in taxes paid to the state budget each year.

The activities will start in the last quarter of this year, the first phase aiming land preparation and engineering works.

“The new plant will have a major role in stabilizing the production and distribution of electricity in the Dobrogea region, by ensuring the energy needs of the platform, but also by injecting the surplus electricity into the national system. We want this investment and implicitly the contribution of “state of the art” technology to be an example for attracting new investors, continuing the program of construction and modernization of production units, reducing energy imports and improving Romania’s position in the regional energy market.” says Virgil Popescu, Minister of Economy, Energy and Business Environment.

In this race, 17 international companies were invited, with experience in implementing similar projects, and 9 of them expressed their interest to become General Contractors or suppliers of equipment and technological solutions for this investment project.

“It is an important moment in the evolution of the strategic partnership between KMG International and the Romanian state through the Energy Investment Fund. It reflects the commitment and involvement of the two parties in continuing the investment program in the Romanian energy sector. The new plant will meet the highest technological, energy efficiency and environmental protection standards.” says Beimbet Shayakhmetov, CEO of KMG International.

The new combined electricity and heat production plant will use natural gas as the main fuel and will have two high-efficiency, high-performance Siemens turbines and two heat recovery boilers in the technical configuration. They will generate about 80 MW of electricity, of which about 60-70 MW to fully cover the Petromidia platform’s electricity needs, up to 180 tons/hour of technological steam, and up to 20 MW of hot water for Navodari’s heating system.

Through the programs of modernization and increasing the efficiency of units and production flows within Petromidia refinery, KMG International has undertaken a constant reduction of electricity consumption. Thus, the surplus generated by the new plant will be sold domestically and will provide additional income for the investment vehicle (SPV) – Rompetrol Energy.

Rompetrol Energy is majority owned by the Kazakh-Romanian Energy Investment Fund, together with KMG International, Rominserv and the Midia Thermal Power Plant.

With a duration of 7 years, the Kazakh-Romanian Energy Investment Fund was established in October 2018 by KMG International and Societatea de Administrare a Participaţiilor în Energie, its main and strategic objective being the development of energy projects in Romania.

Currently, the total level of investments of the Fund for approved energy projects amounts to 290 million USD.