ConocoPhillips encounters hydrocarbons at Harpoon prospect in US 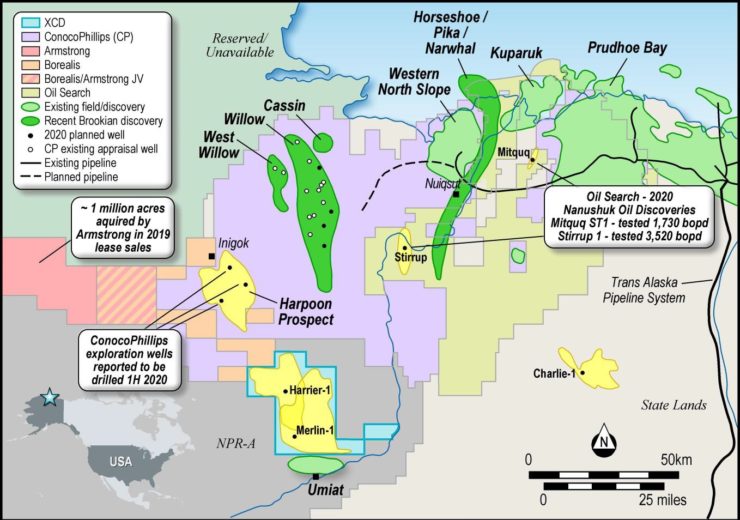 XCD Energy has announced that US-based exploration and production company ConocoPhillips has made hydrocarbons discovery at Harpoon prospect on Alaska’s North Slope onshore US.

The discovery follows the drilling of one well on the Harpoon exploration prospect, which is interpreted to be analogous to XCD Energy’s Harrier Prospect.

The Willow area, which is 100% owned and operated by ConocoPhillips, is determined to be on the same sequence boundary as XCD Energy’s Merlin Prospect.

However, Willow development is subject to final investment decision, which is expected later this year.

XCD managing director Dougal Ferguson said: “This is yet another excellent exploration result from this season’s drilling campaign that validates our strategy of pursuing the Nanushuk play in the NPR-A.

“The unfortunate onset of the COVID-19 pandemic led to Conoco Phillips cutting short its North Slope exploration and development drilling program including on the Harpoon Prospect, but encountering hydrocarbons in the topsets at Harpoon-2 (only well of three planned to be drilled on the Harpoon Prospect this season) clearly provides us with necessary encouragement to reinitiate our farmout campaign.”

Recently, ConocoPhillips has revised down its capital spending plans for 2020 to $4.3bn amid the Covid-19 pandemic and low oil prices.