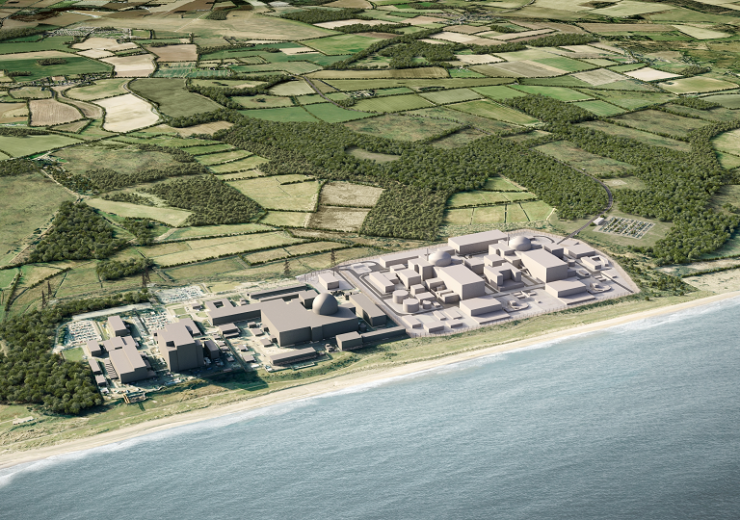 The two proposed reactors at Sizewell C would be near replicas of the design used at Hinkley Point C (Credit: EDF)

A planning application for the Sizewell C nuclear power station in the UK has been submitted, bringing the project one step closer to realisation almost a decade after it was proposed.

The 3.2 gigawatt (GW) twin-reactor facility, which would be sited on the Suffolk coast in the east of England, is expected to be a “near replica” of the Hinkley Point C project that is currently under construction in the south-west of the country.

The UK government will make a final decision on whether or not to approve the application — which was delayed for two months as the UK went into coronavirus lockdown — in around 18 months.

EDF Energy, the French utility giant undertaking the project in partnership with state-owned China General Nuclear Power Group, says a green light would supply low-carbon power to six million homes and provide a “huge stimulus” to the UK economy as it emerges from the coronavirus pandemic.

But Sizewell C has drawn criticism from environmental groups and residents who oppose the expansion of the UK nuclear fleet and the potential impact of its construction for the region.

“It will offer thousands of high-quality job opportunities and long-term employment for people living in Suffolk and it will strengthen the nuclear supply chain across the country.

“It will avoid nine million tonnes of CO2 being pumped into the atmosphere each year. The project will play a key role in lowering emissions while helping the UK keep control of its low-carbon future.”

The proposed reactors would be located near the same site as Sizewell B, an existing nuclear power plant which has had to lower its energy output this month due to low electricity demand during the UK’s lockdown, and Sizewell A which was switched off in 2006.

The role of nuclear power in aiding the energy transition has been much disputed, with supporters arguing it can supply a reliable source of baseload power to energy grids in place of coal or gas, while detractors raise concerns about safety, high development costs and the potential for environmental damage.

According to EDF, the construction of the nuclear reactor would create 25,000 jobs, with 900 high-skilled positions available once operational.

It says that by replicating the design of Hinkley Point C, which is currently running around £3bn over budget, Sizewell C will “benefit from significantly reduced construction costs and lower risk”, while “innovative financing has the potential to reduce costs even further”.

He added: “A balanced energy mix, which includes new nuclear and green gas, is crucial as intermittent wind and solar on their own cannot meet the UK’s energy needs.”

But Greenpeace UK’s chief scientist Doug Parr believes the continued push for nuclear power over other forms of renewable energy is “difficult to explain”.

He said: “For half a century, Britain was overly-optimistic about the technology, but we don’t have to keep making the same mistake.

“All it would take to knock billions off our future energy bills is for the government to admit it is backing the wrong horse. Energy technologies and economics have changed enormously over the past five years, and energy policy needs to change with them.”

Further criticism of the planning application has come from residents, who say lockdown restrictions in the UK will prevent full public participation in the planning process.

Alison Downes, from the Stop Sizewell C campaign group, said that the nuclear facility risks being “an expensive bridge to nowhere” that would overburden government finances at a time when the pandemic has caused significant economic damage.

“It will suck vital funds away from the technologies and projects that are more capable of truly transforming our energy landscape,” she added.