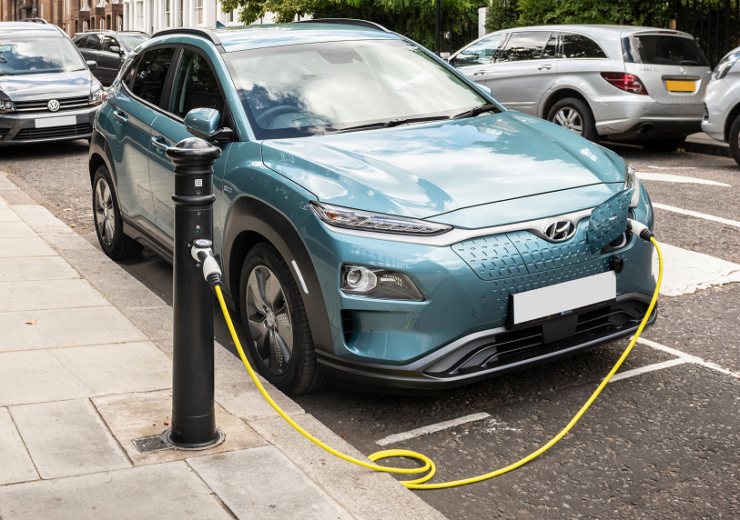 Ubitricity operates charging infrastructure across Europe, and is the UK’s largest public network provider with more than 2,700 EV chargepoints installed.

It integrates charging technology into existing street infrastructure such as lampposts and bollards – a method aiming to overcome the challenges faced by EV owners who do not have access to private driveways for home charging.

“Particularly in larger cities where there is limited access to off-street parking, this is the solution many people have been waiting for to allow them to transition to EV ownership,” said Ubitricity chief executive Lex Hartman.

Subject to regulatory approvals, the deal is expected to be finalised later this year.

Shell looks to Ubitricity as it expands low-carbon presence

The move by Shell, one of the world’s largest oil and gas producers, is the latest sign of the company’s strategic shift away from fossil fuels as it targets net-zero emissions by 2050.

Like many of its European peers, the Anglo-Dutch oil major recently embarked on a transition towards renewable electricity production and clean energy services, as it responds to investor pressure over climate change and positions itself for a decarbonised future.

István Kapitány, executive vice president of Shell Global Mobility, said: “We want to support the growing number of Shell customers who want to switch to an EV by making it as convenient as possible for them. On-street options such as the lamp-post charging offered by Ubitricity will be key for those who live and work in cities or have limited access to off-street parking.”

In the UK, where Ubitricity holds a 13% market share, the government recently announced a ban on the sale of new combustion-engine vehicles from 2030, in an effort to encourage customers to make the electric switch.

But to enable this oncoming transition – some estimates anticipate as many as 10 million EVs on British roads by 2030, compared to a few hundred thousand today – scaling up charging infrastructure quickly will be crucial.

Oil companies that have for years serviced the petroleum-vehicle market are now showing strong interest in electrified mobility services.

France’s Total last year acquired Blue Point London, the largest network operator in the country’s capital, as part of its own effort push to decarbonise – as well as other similar investments across Europe.

UK major BP operates the UK’s largest EV charging network through its subsidiary Chargemaster, and has said it wants to increase the number of charging points it operates globally to 70,000 by the end of this decade – an almost 10-fold increase on its current portfolio.

Sam Raciti, UK general manager at Bolt – a ride-hailing business that works with Ubitricity – said Shell’s acquisition is “affirmation that all businesses need to evolve their operations, products and long-term vision for the sake of the planet”.

Bolt and Ubitricity have partnered to identify locations where EV chargers might be installed to encourage more drivers to choose electric alternatives.

“It’s even more pressing that companies which rely on current infrastructure and commodities focus on the future,” Raciti added. “We have only just started our mission of offering greener ways for people to move around the world’s cities – it’s encouraging to see companies such as Shell demonstrating their own commitment to that journey.”