Scandium is a critical mineral with multiple industrial applications, and Rio Tinto is aiming to supply 20% of global demand from Quebec facility 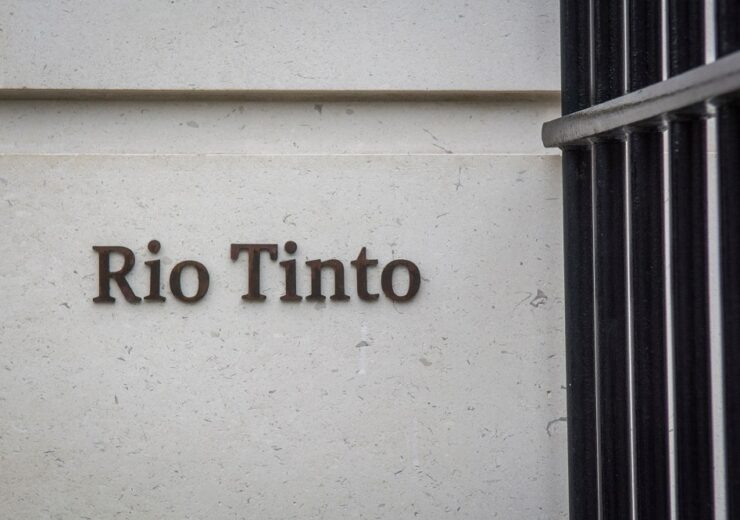 Rio Tinto has taken its first step into the scandium market, with plans to construct a commercial-scale production facility in Quebec, Canada.

The Anglo-Australian miner will invest $6m into the first phase of development of the plant at its Rio Tinto Fer et Titane (RTFT) metallurgical complex in the region of Sorel-Tracy.

A commercial supply of scandium oxide is expected by the second quarter of 2021, with initial production capacity targeted for three tonnes per year – roughly 20% of the current global market.

Rio Tinto said the plant – which will operate under the brand name Element North 21 – will have the ability to add further production modules in line with future market demand.

Scandium is a silvery-white metallic rare-earth element, used primarily as a strengthening additive to aluminium alloys, typically within aerospace and defence industries. It is also used to improve the performance of solid oxide fuel cells, which are used as a power source for data centres and hospitals, as well as in niche products such as lasers and lighting.

“Rio Tinto has been engaged in the exploration and production of rare earths and critical minerals globally for a number of years, to meet the demand in new and emerging technologies.”

The facility will build on a pilot project at RTFT to extract high-purity scandium oxide from the waste streams of titanium dioxide production. This will exclude the need for any additional mining at Rio’s ilmenite mine in Havre-Saint-Pierre, Quebec, the company said.

The government of Quebec is contributing $650,000 to the project through the Quebec Plan for the Development of Critical and Strategic Minerals.

“RTFT’s scandium oxide valorisation project is a concrete example of how we can extract value from our mining wastes,” said Jonatan Julien, Quebec’s minister of Energy and Natural Resources.

“It demonstrates our ability to innovate and seize business opportunities in a growing market as we strive to ensure secure supplies of critical minerals. This business has the potential to become a major scandium supplier outside China.”

There is a growing concern across North America, and other western economies, over the sourcing of critical minerals in a market where China and Russia have established a dominant position over many global supply chains.

US President Donald Trump has made a concerted effort to bolster domestic production of such minerals, citing national security concerns, including a supply agreement with Canada aiming to boost collaboration over mineral trading.

Many of these strategic minerals are growing in importance as components of modern technologies and electronics, many of which will be used in the shift towards more electrified energy and transport systems.

Pierre Fitzgibbon, Quebec’s minister for economy and innovation, said the new venture “has the potential to position Quebec as a world leader in the extraction and commercialisation of scandium”, establishing the region as a prominent exporter “particularly in key sectors such as the electrification of transportation and aerospace”.