Krafla along with the Fulla and North of Alvheim discoveries constitutes the NOAKA project, which is planned to be developed with an investment of $10bn; production from the North Sea area is expected to begin in 2027 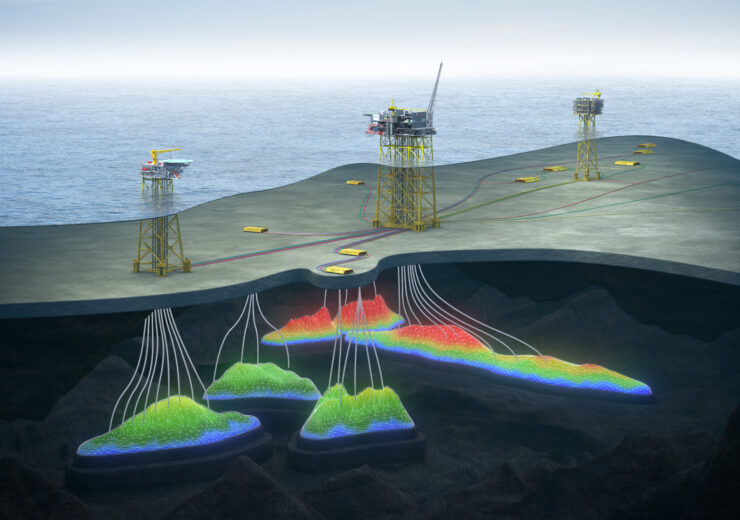 The Krafla, Fulla, and North of Alvheim discoveries will be developed under the NOAKA project. (Credit: Aker BP)

Equinor has signed a memorandum of understanding (MoU) with Aker BP to transfer the operatorship of the Krafla field in the Norwegian North Sea to the latter.

After the transfer is complete, Aker BP will become the operator of all discoveries in the NOAKA area, which include Krafla, Fulla, and North of Alvheim.

According to the two companies, the NOAKA project could involve an investment of $10bn. The area has estimated total recoverable resources of nearly 600 million barrels of oil equivalent.

The firms will jointly submit the plan for development and operations (PDOs) for the NOA Fulla and Krafla fields as planned by the end of 2022. Production from the NOAKA project is targeted to begin in 2027.

In Krafla, Equinor and Aker BP have stakes of 50% each.

Aker BP has an operating stake of 47.7% in the Fulla field, where it is partnered by Equinor (40%) and Lotos Exploration and Production Norge (12.3%).

In the North of Alvheim field, Aker BP has an operating stake of 87.7%, while Lotos holds the remaining 12.3% stake.

Equinor and Aker BP stated that having one operator for the NOAKA project will have a good basis for its efficient execution as well as for safe and efficient operation of the fields. Besides, it generates stronger synergies between the two developments and lesser interfaces, said the two firms.

Equinor projects, drilling and procurement executive vice president Geir Tungesvik said: “The current agreement is the result of an excellent collaboration during the past years, built on mutual trust and a common ambition of achieving lasting improvements and efficient operation on the Norwegian continental shelf (NCS).

“The best solution for the future is that Aker BP takes over the operatorship for project execution and operation of Krafla, based on the concept developed by Equinor.”

Equinor stated that it will transfer expertise and experience associated with the Krafla concept to Aker BP and the firms will continue to work together in the development phase.

As per the MoU, the licence owners of the relevant licences will apply to the Norwegian ministry for change of operator. A transfer of operatorship will be executed when the investment decision has been approved and the PDO has been filed with the authorities.

Aker BP CEO Karl Johnny Hersvik said: “Aker BP and Equinor have had an excellent collaboration during the past years on the NOAKA development. We are proud of being able to take over the Krafla operatorship, to ensure efficient project execution and operation of the whole area on behalf of the licences.”