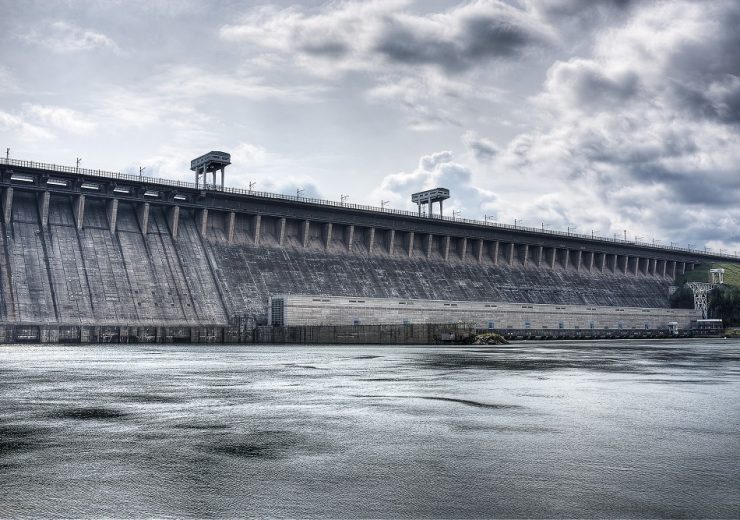 En+ Group has recently begun the replacement of six hydraulic units at the Group’s Bratsk hydropower plant (HPP) as part of its large-scale ‘New Energy’ modernisation programme. International Water Power & Dam Construction magazine spoke to Mikhail Khardikov, head of power business at En+, to find out more about the project.

IWP&DC: Can you provide some background on the New Energy modernisation programme? Why is it needed and what does it involve?

New Energy is a programme modernising the power plants of the Angara and Yenisei hydropower plant cascade to ramp up the energy output using the same water volume passing through the hydro power turbines.

Another of its objectives is to reduce environmental impact by curbing the greenhouse gas emissions of En+ Group’s coal-fired power plants.

The programme was first launched in 2007 for the large-scale overhaul and replacement of the core equipment of the company’s largest hydropower plants located in Siberia – Krasnoyarsk, Bratsk, Irkutsk, and UstIlimsk. The project will run until 2046.

New Energy is a key investment project of En+ Group’s energy business, which is worth 21 billion roubles. The programme entails the modernisation of hydroelectric generation units and replacement of runners, transformers, and open-type switchgear.

Higher efficiency (max + 8%) will be provided by the new runners’ improved blades and utilising new materials. A higher level of safety and reliability of the HPPs is another priority of the modernisation, which will mitigate risks associated with cavitation and prevent the HPP generators from wearing out.

It is expected that, from 2022, En+ Group’s Siberian hydroelectric power plants will increase their production of environmentally-friendly electricity by two billion kilowatt hours (kWh) due to the programme. This will reduce the Group’s greenhouse gas emissions by 2.3 million tonnes per year, which will also have a positive impact on Siberian ecology.

Focusing on the Bratsk hydropower plant – what stage is this refurbishment at and what work remains?

Which companies are involved in the project at Bratsk?

Can you provide details on the laboratory testing carried out?

Bratsk hydropower plant has been a priority facility recently. Specialists from HPP and LLC EuroSibEnergo-Hydrogeneration oversaw all laboratory tests.

These included a sample view of measuring transducers, tests to determine the efficiency and power of the units, cavitation and acceleration tests, video surveillance of the flow structure, and random tests on individual elements of the hydro turbine’s flow part.

These tests suggest that the efficiency of the new hydro turbine will be 96.51%, which is almost 5% higher than the current performance of existing hydroelectric units.

How is the replaced equipment operating?

The results obtained during the first stages of the programme have already justified our investment in the project. All new replaced generation units have already demonstrated improvements in all key areas.

Efficiency has increased (please see the table), and they have been able to generate additional electricity without increasing water consumption.

Have you met with any challenges during the refurbishment project?

All En+ Group HPPs are unique and require one-of-a-kind equipment and machinery. Due to the well-driven implementation strategy and high-quality work of our specialists, there have not been any unsolvable challenges on the “New Energy” path.

En+ Group is committed to the ongoing delivery of the modernisation programme efforts to further enhance its renewable generation footprint, allowing for a more sustainable future.

Has the programme been affected by the Covid-19 pandemic? Have you had to adapt to new ways of working?

Despite the challenges brought on by the pandemic, En+ Group has remained resilient, demonstrating the sustainability of its business model, the talent of our management team as well as skill and selfless dedication of our employees. This also applies to the implementation of “New Energy” programme.

The group remained focused on its key business priorities, including ensuring the health and safety of its employees, maintaining stable operations and providing support to the regions where we operate.

In 2020, En+ Group allocated more than one billion roubles to efforts to fight the pandemic. The company purchased personal protective equipment and medicines, regularly tested employees for Covid-19 and instilled strict protocols to ensure safe working conditions throughout our assets across the world.

These measures allowed En+ Group to deliver stellar operational performance and to make further progress on “New Energy” modernisation programme. In 2020, we launched a new hydroelectric unit at the Irkutsk HPP and continued repair works at Krasnoyarsk and Bratsk HPPs.

Can you provide some information on En+ Group itself?

En+ Group is the world’s leading international vertically integrated aluminium and power producer. The company combines power plants with a total installed capacity of 19.6 GW (including 15.1 GW of hydro power assets), and 3.9 million tonnes of annual aluminium production capacity (through a controlling stake in RUSAL, the world’s largest aluminium producer ex-China in 2018) which is the major consumer of En+ Group’s hydroelectricity.

The company was founded in Russia in 2002 to unite aluminium and alumina assets. Over time, it has grown to become the world’s leading producer of low-carbon aluminium and renewable energy. The group’s assets are located on five continents, and its operating centre – in Siberia, where the group’s largest aluminium smelters and hydraulic power plants operate.

The geography of presence is the basis of the group’s unique vertically-integrated business model. Its efficiency directly depends on the simultaneous development of all activities of the company and efficient self-sufficiency in resources throughout the production chain.

We are committed to integrating sustainable development principles and values into our daily operations. These principles are fully consistent with the United Nations Sustainable Development Goals (SDGs).

Due to the energy intensity of its business, reducing the environmental impact is a strategic priority for the company. That is why it regularly invests in new technology development and modernisation.

En+ Group strengthens its global leadership in addressing climate change, and sets an example of green metal and energy production to the entire global community. An important achievement of En+ Group is its commitment to achieve zero carbon emissions by 2050. It is the most ambitious emissions reduction targets yet seen in the global aluminium industry. Further information about our Net Zero commitment can be found here: http://netzero.ru/en