Asia is home to around half the world's installed hydropower capacity, but a maturing fleet means modernisation will be key to future developments 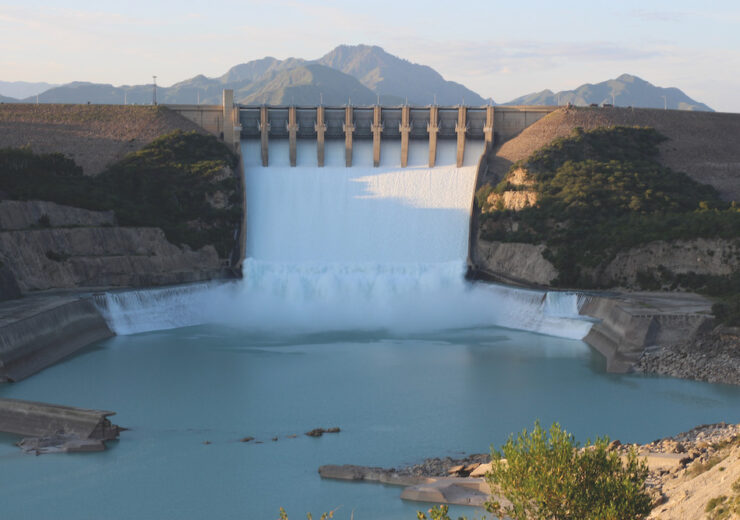 Modernisation of the ageing hydropower fleet in Asia is not only important to minimise impacts on safety, output and revenue, it can also be used as an opportunity to increase existing capacity. The Asian Infrastructure Investment Bank recently commissioned the International Hydropower Association to assess the needs of its regional members. International Water Power & Dam Construction magazine has a summary of the findings.

Hydropower has an ageing global fleet: almost half of global capacity is 30 years old, and one third more is over 40 years of age. This means that there is an ever increasing need to modernise and optimise existing assets to ensure they can safely maintain, and even enhance, their vital role in energy systems worldwide.

Asia is home to nearly 650 gigawatts (GW) of hydropower capacity (half the world’s capacity). With thousands of operational stations generating 1,990 terawatt hours (TWh) in 2018, or 14% of total generation, hydro is a major contributor to the region’s electricity mix.

It is also the dominant source in Afghanistan, Bhutan, Cambodia, Georgia, the Kyrgyz Republic, Lao PDR, Myanmar, Nepal and Tajikistan, where it constitutes more than 50% of total annual generation.

By 2030, over one-third of existing capacity in Asia will have undergone, or be due for, modernisation. This rises to 50% when excluding China, as its 352GW of installed capacity has an average age of less than 20 years.

To identify hydropower modernisation needs in the region, the Asian Infrastructure Investment Bank (AIIB) recently commissioned the International Hydropower Association (IHA) to undertake a study of 20 of the bank’s regional members.

Hydropower modernisation can be driven by numerous factors, from ageing equipment to improving energy performance, increasing safety, operating strategies, and environmental impacts. Beyond extending the lifetime of assets, modernisation can also provide a key opportunity for optimising and even increasing the capacity of existing hydropower infrastructure.

Reduced hydropower performance over time can lead to longer and more frequent maintenance outages, increased incidence of forced outages and loss of efficiency, all of which can lead to losses in energy production and increased business risk.

Modernisation addresses this risk by repairing and replacing old equipment to reduce outages, improve availability and increase power output. Studies have shown that life-extension projects where turbine runners are replaced can recover efficiency by 3% and potentially up to 6% or more; while larger projects involving an upgrade of turbine-generator units can increase power capacity by 10-20%, and even up to 40% can be possible.

For example, EuroSibEnergo is modernising its hydropower fleet in Siberia with replacement turbine runners at its 4,500 megawatts (MW) Bratsk hydropower station and its other major stations.

Up to 5% in generating-unit efficiency has been recovered and has resulted in overall energy gains. Upon completion, the overall programme is expected to increase annual production by 1.9TWh across the hydropower fleet.

Opportunities can also be taken to upgrade or uprate the installed capacity and overall efficiency of existing stations by replacing turbine runners with larger units and optimised systems.

RusHydro’s modernisation project at the 1,380MW Saratov hydropower station in Russia will increase installed capacity by 10%. With completion expected in 2025, the project will have upgraded the station’s 21 Kaplan turbines, the largest of their kind in Russia, raising unit capacity from 60MW to 68MW and offering higher annual production.

Another example is the modernisation of the 2,620MW Chief Joseph, the third-largest hydropower station in the US. Ten of the plant’s Francis turbines were refurbished and put back into service. Each unit was uprated from 75MW to 90MW and turbine peak efficiency was increased by more than 6.5%.

Technology developments are a key factor in hydropower modernisation. Old systems can be replaced with state-of-the-art equipment. From turbine-generators to spillway gates, equipment installed over 30 to 40 years ago can be retrofitted with new parts optimised for improved efficiency and reduced ecological impact, thanks to advanced manufacturing and materials.

Technology upgrades can also bring forward the decision to modernise a project.

In France, EDF invests annually in modernisation, such as at La Coche 11 pumped storage station where a 240MW Pelton turbine was recently added and is expected to increase production by 100 gigawatt hours (GWh) annually.

The IHA study for AIIB identified 21 hydropower stations across Asia, with an installed capacity of over 6GW, that were in high need of modernisation (where an urgent need for modernisation was identified but further investigation required).

This represented up to $2.7bn of estimated investment needs. The projects, located in seven countries across South Asia and Southeast Asia, range from opportunities to rehabilitate existing infrastructure to improve efficiency and dam safety, to expanding a station’s capacity to meet increasing electricity demand and support the integration of variable renewables.

With 11 stations identified, India had the most stations assessed as being in high need.

In addition, a further 45 stations, accounting for nearly 20GW of installed capacity were assessed as being in medium need for modernisation (where it has been identified but not considered urgent). Between $7bn-$11bn of estimated investment is needed here.

Located across 13 countries, with the benefit of further investigation and information, a number of these stations could become strong and immediate candidates for modernisation.

The above article – originally published in International Water Power & Dam Construction magazine – is compiled from Hydropower Modernisation Needs in Asia by David Morgado, Nicolas Troja, Amina Kadryzhanova and David Samuel. The full report can be seen at: https://www.aiib.org/en/news-events/media-center/working-papers/pdf/AIIB-Working-Paper-Hydropower-Modernization_7September2020.pdf