Hydropower has achieved high levels of technological maturity, but there is still potential for significant research and development trends to emerge 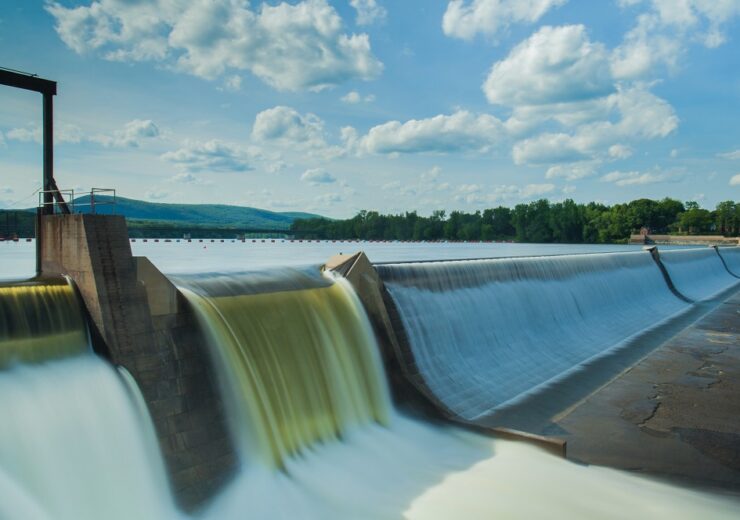 There is significant potential for novel approaches in hydropower planning, design and operation (Credit: BORJA PD/Shutterstock)

Emerging technological and development trends aimed at increasing the flexibility, efficiency and cost-effectiveness of hydropower were discussed at a workshop organised by the European Commission Joint Research Centre in December 2017.

The findings from this event were recently published in Renewable and Sustainable Energy Reviews, where existing technical challenges and knowledge gaps relevant to further hydropower development were analysed.

The authors, Kougias et al, say that when compared to other clean energy sources such as wind and solar, hydropower has achieved high levels of technological maturity.

“There exist fewer possibilities to identify and implement radical design concepts that revolutionise the way hydro operates,” they state. “However, a significant potential for novel approaches in the planning, design and operation of a hydropower station still exists.

“This potential partially derives from the evolving role of hydropower in transforming electricity systems.”

The article analyses recent trends and innovations in hydropower technology development. It says that any innovation aims at increasing hydro’s efficiency, flexibility of operation, lifespan, as well as reducing costs of installation, operation and maintenance.

Eight research and development trends in the hydropower industry

The variable electrical energy production from renewable energy sources (RES), such as wind and solar, requires that hydraulic turbines operate at a wide range and variable conditions. Climate-change mitigation strategies require a high share of RES, which in turn requires that new hydropower technologies provide greater flexibility over an extended range of hydraulic conditions.

Some of the most salient flexibility technologies under development include: stabiliser fins, an adjustable diaphragm installed in the draft tube cone, J-grooves, air injection/admission, axial water injection with high/low velocity and low/high discharge, tangential water injection at a cone wall, and two-phase air-water injection along the axis.

A better understanding of transient operating conditions of hydro turbines may lead to further improvements of hydraulic and mechanical designs, machine stability, and reliability. Findings would indicate problematic regions in terms of structural load or load changes.

This would allow improving the turbine start procedure in order to reduce stress and increase lifespan. Further consideration of cavitation, in particular, would also be worthwhile since it seems to play an important role during the start-up and runaway processes.

3. The digitalisation of hydropower operation

The collection and processing of real-world data to adjust the actual working conditions of hydropower turbines can provide advanced grid-supporting services without compromising station reliability and safety.

The objective of the emerging technology presented in the article is to support hydropower plants in fulfilling future electrical power system (EPS) requirements, by enabling fast-frequency containment reserve, frequency-restoration reserve and black start in emergencies.

It is estimated that a total 42 terawatt hours (TWh) could be added to present hydropower energy production by implementing hydropower digitalisation. Such an increase could lead to annual operational savings of $5bn, and a significant reduction of greenhouse gas emissions.

The idea of a segmented rotor could be combined with novel ideas on excitation to open up possibilities for reduced investment cost and maintenance. Power electronic converters also open up new possibilities for electrical machines.

The authors say there is more to discover, and it is expected that new ideas will enhance the coupling of electrical machines with power electronics.

The authors say that reasons for the slow pace of installation are that it usually takes a long time from the conception of a hydropower project to the commissioning; new developments often raise a wide range of environmental concerns; and that the extra revenue a variable speed hydropower plant can gain in the electricity and ancillary services markets is not always worth the extra cost necessary for the plant to operate at variable speed.

Despite the above points, the authors say there are still some technological challenges left that, once overcome, might contribute to heighten the advantages of variable-speed hydropower generation. They cite two important challenges as being:

The increasing penetration of variable renewable energy in the electrical power system is boosting innovation in energy storage, the authors say. Even though pumped storage is a mature storage technology, it continues to evolve to respond to the faster and more frequent mode-transition requirements i.e. from pump to turbine and vice versa.

In the authors’ opinion, there are two state-of-the-art emerging pumped storage technologies which have significant potential: Co-ordinated operation of fast energy-storage systems and hydropower; and underwater pumped-hydro energy storage.

Small-scale hydropower plays an important role in mini-grid and rural electrification strategies. The authors say that there is unexploited potential with low-head differences available in rivers, irrigation canals and at old mill sites.

Novel designs of gravity hydraulic machines (water wheels and Archimedes screws) and turbines (very low-head turbines and hydrokinetic turbines), and advanced designs and operation strategies for pumps as turbines, are being introduced.

Contrary to the conventional turbines, low-head gravity turbines (water wheels, hydrodynamic screws) are considered fish friendly. However, these turbines can only be employed at very low-head sites, and so two strategies have been developed for high-head hydropower: fish-passage facilities and fish-friendly turbines.

The authors say that recent scientific efforts have also focused on understanding the relationships between turbulent hydraulic environments and animal behaviour in the fishways to improve attraction, approach, entry and passage for multiple species.

In order to overcome the limitations of fish passages, recent R&D efforts have focused on the development of fish-friendly turbines for relatively higher-head hydro stations. Accordingly, the Alden turbine and the Minimum Gap Runner turbine have been introduced. The Alden turbine specifically works with head differences of up to 25m.

They believe that future technological advances in environmental sciences will have a direct impact on the way the ecological impact of existing and new hydropower is assessed.

Defining advanced, more accurate methodologies to assess the environmental impacts, such as environmental flows, is an important step towards reaching an environmentally-friendlier operation of hydropower.

“A better understanding of hydro’s interaction with the ecosystems achieved through research activities in the water and environment fields may help address some of the constraints and – at least partially– support the mitigation of environmental impacts,” Kougias et al say.

“Such practices also extend to the construction and tunnelling fields. Advanced construction and drilling methods can also mitigate the environmental and social impacts of hydropower, and particularly the part related to civil works (eg lifecycle GHG emissions).”

Climate assessments must be integrated into hydropower planning and development

At the same time, the authors say the future evolution of the hydropower sector will need to take advantage of advances in climate sciences.

The sector can benefit from advances in hydrology data collection and analysis of river basins, while breakthroughs in the estimations of water travel time, groundwater infiltration and evaporation can have a direct impact on hydropower scheduling.

Climatic conditions and their possible changes are also crucial, as future water availability is a decisive parameter for the economic viability of a hydropower station.

The authors conclude: “Advances in the detail, the refinement and the accuracy of climatic projections will also benefit hydropower. Reducing, or partially removing, uncertainties is very important, especially since hydropower is a capital-intensive technology that requires a large majority of the investment up front.

“It is clear that the future role of hydropower is not only dependent on the technological advancements that are covered in the present analysis. Knowledge breakthroughs in other scientific disciplines are also important and can potentially enable improved services.

“The availability of a portfolio of different, advanced technologies would certainly create solutions for an increased number of applications.”