Is hydropower an overlooked investment?

Tor Syverud, Head of Hydropower Investment Management at Aquila Capital, discusses why he believes hydropower is underrepresented in the portfolios of institutional investors 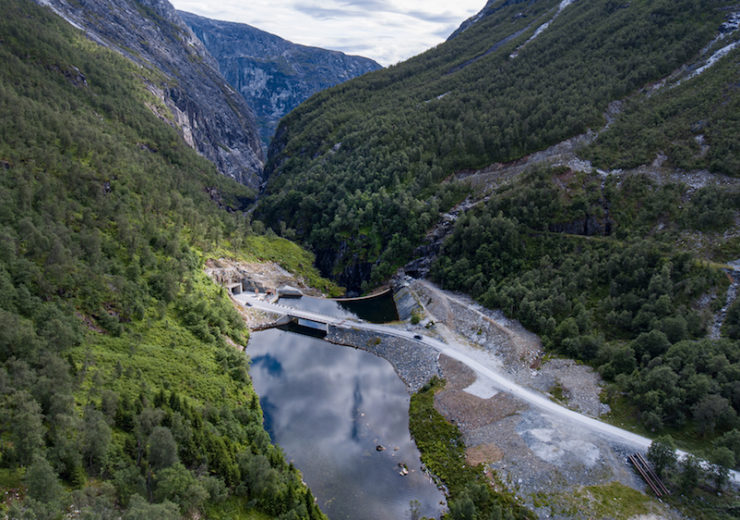 While hydropower accounts for over 70% of  global electricity production from renewable energy sources, the sector is currently underrepresented in the portfolios of institutional investors. Tor Syverud, Head of Hydropower Investment Management at Aquila Capital, takes a look at the reasons for this, and explains why he believes hydropower represents an attractive investment opportunity.

Our investment strategy at Aquila Capital is underpinned by an unwavering commitment to high Environmental, Social and Governance (ESG) standards and sustainability.

We focus on sustainable investment opportunities across a widening range of sectors. In 2019, we launched our pan-European renewables fund, which is diversified across wind, solar and hydropower.

We have also entered the Portuguese real estate market with the development of 115,000 square metres of green logistics properties in Lisbon. This diversity is important for investors as it provides balance to their portfolios, regulates their returns and reduces risk.

Renewable energies are a rapidly growing source for the generation of electricity. They are also an increasingly attractive capital investment for institutional investors.

The considerable expansion of renewable energy capacity in recent years has been dominated by the rise in wind and solar energy. As a result, this is where the majority of institutional investors have focused their investments.

However, hydropower still accounts for the lion’s share of global electricity production from renewable energy sources, commanding a share of over 70%.

It is one of the oldest, most established and most efficient energy sources used by humans. There are hydropower stations in approximately 100 countries around the world.

Hydropower has among the best conversion efficiencies of all energy sources. Energy flows are concentrated and can be controlled. Meanwhile, the conversion process captures kinetic and potential energy and turns it directly into electric energy, with little or no losses through heat or inefficient processes.

The total conversion efficiency of a hydropower plant typically ranges between 90–95%. By comparison, the efficiency of wind is approximately 45% and solar is 25%.

Given its importance in the context of power generation, hydropower is underrepresented in the portfolios of institutional investors. This is understandable, given the significant differences between the generation of electricity from hydropower and its derivation from wind energy or solar.

Hydropower, for example, generally requires higher upfront investments. Hydropower plants are rarely ‘off the peg’ and need to be adapted much more to the natural elements and surroundings of the site than the comparatively standardised solar or wind power plants.

This need for customisation greatly reduces scalability. There is also a higher requirement for complex technical knowledge and active management.

There is only a limited supply of assets that are available to investors. Hydropower plants – especially the larger storage power plants – are often owned by partly public energy suppliers and, as such, may not even enter the market for capital investment.

Moreover, in most countries, hydropower is not subject to public subsidies or state-guaranteed feed-in tariffs. This is not a disadvantage per se; hydropower plants can be operated economically and with adequate returns even without subsidy structures.

Depending on the risk appetite of investors and operators, the electricity generated can be sold via long-term purchase agreements with utilities and industrial consumers or directly on the spot market.

Some of these peculiarities of hydroelectric power plants present a challenge for investors, but most of them can be solved. Other differences can also represent advantages or have significant diversification potential compared to wind and solar energy.

Hydropower, for example, can handle base loads. This means that electricity generation is naturally more stable and fluctuates relatively little over the course of the day or year. The dependence on short-term meteorological developments is also significantly lower.

This is particularly true if the power plant is linked to a storage lake. In times of high production of other forms of generation, the storage capacity enables the excess energy to be stored by filling the reservoirs.

In times of high electricity demand, the water is fed through the turbines and the generated electricity is distributed into the power grid. The annual total of up to 5,000 full-load hours is around twice as high as wind energy and up to five times higher than solar, dependent on the region.

Independent electricity markets present an opportunity. Independence from government-imposed remuneration structures that are fixed for a certain period of time allows for flexibility in the electricity prices achieved and thus a certain protection against inflation.

The occasionally high price volatility on the spot markets can be effectively hedged by concluding long-term power purchase agreements (PPAs) for at least part of the electricity generated.

As a result, the yield structures of hydropower plants show relatively low correlations to wind energy and solar. Typically, the correlation coefficient is below 0.3.

A study conducted some time ago by the Vienna University of Technology showed that diversification across the three types of power generation and across different regions has a stabilising effect on portfolios. This is particularly true if the hydropower portfolio itself is also diversified and decentralised, meaning that temporary failures of individual plants can be compensated.

The design and size of hydropower plants can vary considerably. On the one hand, there are huge dams with power plants that are among the most powerful in the world.

As a rule, they belong to state energy suppliers. On the other hand, in some countries, small hydropower plants (in the form of run-of-river power plants or power plants with natural reservoirs) make an important contribution to the decentralised supply of electricity to small towns in remote regions.

Norway is an excellent example of this. The Nordic country is rich in water and has high mountain relief. This provides optimal conditions for the operation of hydropower plants.

The high rainfall in the north of Portugal and Spain also offers a very attractive environment for investments in decentralised hydropower plants.

Hydropower is a vital component in the European energy transition, not just because of its large production potential. Unlike solar and wind energy, the energy from the water can be stored by comparatively simple means, which is an area that institutional investors can profit from.

The mature technology, with its long operational life, high value retention and the greatest possible independence from subsidies, represents an attractive investment opportunity, particularly in the current climate of low interest rates.

Norwegian Smakraft A.S, Europe’s biggest independent operator of small-scale hydropower plants, was awarded the maximum five-star rating. It was ranked second out of 24 in an analysis of the Northern European renewable power maintenance and operation sector and its score of 73 far outperforms the 45 average of its peers.

These results demonstrate that we are driven by acting responsibly towards our environment and providing transparency, sustainability and long-term returns for our clients.