The resurgence of hydropower

Dr Peter Mason, Technical Director of International Dams and Hydropower at global environment and water specialists MWH, explains why he thinks hydropower is back in favour 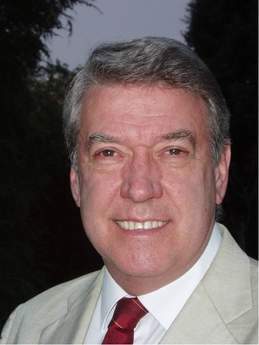 So, hydropower is back in fashion and business is booming, but why? Well there are two obvious reasons. Firstly it is fashionably renewable and secondly it is the oldest tried and tested form of large-scale renewable energy.

Earliest accounts of water wheels in Roman and Chinese literature date back about 2000 years. A 4th Century flour mill in Barbegal, near Arles, in France featured 16 overshot water wheels. Accounts of using water to power mills and hammers for crushing ore abound in mediaeval literature with the 1086 Doomsday book listing almost 6000 watermills in England alone. However, mechanical transmission meant that power had to be used close to the mills.

The development of electrical generators and transmission lines enabled us to use water power hundreds of miles from its source. So it is not surprising that today almost 20% of the world’s energy currently comes from hydropower.

The Carter administration in the US categorised hydropower as solar energy on the basis that solar evaporation leads to rain and hence the rivers which feed hydropower. Indeed research by myself and many others is showing that variations in rainfall and runoff often correspond to variations in solar energy levels. But of course the definition of hydropower is much wider. Mills driven by the tide also date back to Roman times. A tidal mill was located at Killoteran in Ireland in the 6th Century and by the 18th Century there were 76 tide miles in London alone. Wave energy is also a form of hydropower. Perhaps we should be looking at the complete mix as ultimately solar and lunar power.

Given waterpower has such a good pedigree, what went wrong?

The 1980s and 1990s saw what can best be described as some quasi-political mischief making. Under a banner of environmentalism a number of pressure groups sought influence by attacking anything from nuclear power and pesticides to GM crops, with dams in there too. Additionally, the waves caused by the World Commission of Dams are still being felt.

The resulting pressure caused funders like the World Bank to withdraw from funding dams until they realised that only the very poorest in the world, who it was their prime mandate to help, were being affected by the moratorium. Realising that not all the World Commission on Dams guidelines were achievable they looked back at their internal guidelines for project approval. Noting these were entirely compatible with the Commission’s, they simply reverted back to their own. Organisations such as the iha are now also bringing much needed clarity to the debate with their Sustainability Assessment Protocol.

Recent years have seen all the major funders return to funding dams and hydropower. However, a rear-guard action is still being fought in Europe with arbitrarily low limits to what capacity of new hydropower is seen as acceptable.

The same pressure groups raised the spectre of greenhouse gases and in particular C02 in an attempt to stifle fossil fuel use. While ultimately this is almost certainly a good idea, the same groups’ attempts to claim reservoirs are similarly damaging seem to be ill founded. Submerged land cannot release more carbon than is already trapped on it. It follows a natural pattern of release as plants die and sequestration as they grow. A mature stable forest is carbon neutral.

To some extent the focus on greenhouse gases almost certainly helped the prospects of both hydropower and nuclear power, something unintended by those who raised the spectre in the first place. In fact the need for an increased use of pumped storage plants to offset the natural variation in forms of other renewable energy such as wind, waves and solar power have also given a welcome boost to hydropower.

Many governments are now encouraging small hydropower developments by promising to buy subsidised electricity from those connected to their grids. Many large grids such as those in America were originally formed by simply connecting a multitude of small, home-grown schemes. Many of these were later abandoned in favour of larger and cheaper central generating centres. The latest changes are seeing the beneficial re-establishment of many of those smaller, diverse installations as well as developing a feeling in many of increased self-reliance.

But all this has come together at an interesting time. The last few years have seen easy credit and an expansion of speculative funding. Some of this has helped hydropower. We are now moving into a period of austerity and lower interest rates. But low interest rates in particular can also help investment into projects like hydropower which require initial up-front funding but then a relatively low annual investment thereafter. The longer the realistic discount period the more favourable it is to hydropower. It has always seemed irrational to many in the industry, including me, that conventional financial analyses of projects pay little regard to benefits accruing beyond about 20 to 30 years, whereas a well maintained and refurbished hydropower project can still be operational after 100 years.

It is also now being realised that hydropower cannot always be financed solely by the sale of electricity. Many schemes will have strategic significance for the country involved and, where a dam and reservoir are featured, there may be supplementary benefits such as; water supply, irrigation, navigation and flood control. These warrant supplementary funding and an analysis based on economic value as well as financial return. In that sense perhaps we are returning to earlier days of multilateral, or multi-stakeholder, funding but hopefully without the excesses which tended to see the largest possible scheme being built in each case.

If properly managed the future is indeed rosy for hydropower in all its forms, but it will need concurrent support from affected parties and that may in turn need public education by those involved in the industry.

Dr Peter J Mason can be contacted at Peter.j.mason@mwhglobal.com