China, Pakistan and Tajikistan have been named the biggest producers of new hydropower in Asia in 2019 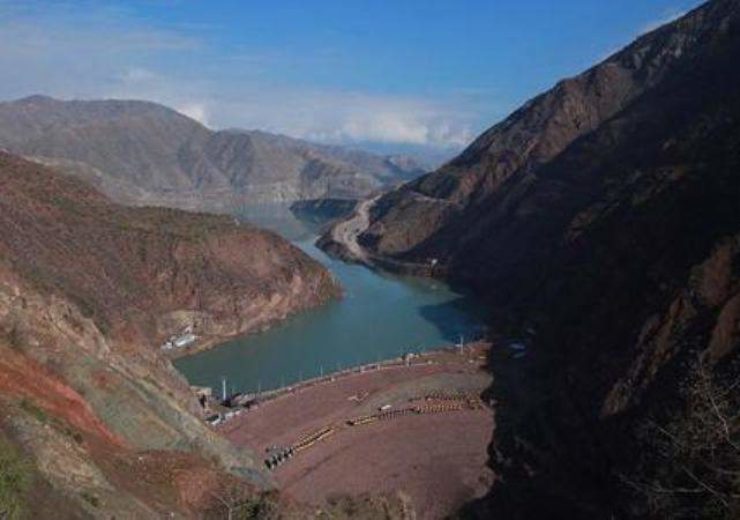 China, Pakistan and Tajikistan have been identified as the biggest producers of new hydropower in the Asian region in 2019. Carrieann Stocks takes a look at what developments are currently underway in each country that will further add to its installed capacity over the next few years.

New installed hydropower capacity in the East Asia and Pacific and South and Central Asia reached 13,131MW in 2019, according to the International Hydropower Association’s (IHA) Hydropower Status Report, with much of this new potential coming from China (8540MW), followed by Pakistan (2487MW), and Tajikistan (605MW).

This new potential brought each countries existing potential to: 352,260MW in China; 9827MW in Pakistan; and 5795MW in Tajikistan.

One of the biggest projects China is currently working on is the 16,000MW Baihetan project. The hydropower station is designed to have 16 domestically-manufactured generating units each with a 1GW capacity. It will be the second largest hydropower station after the Three Gorges project in terms of total installed capacity.

Under construction on the Jinsha River, a tributary of the Yangtze River in south-west China, the project extends over the Ningnan county in the Sichuan province and the Qiaojia county in the Yunnan province. It is scheduled for commissioning in 2022.

Baihetan and another project currently under construction upstream – the 10.2GW Wudongde project – was envisioned under the Go-West Program of China, which is aimed at transferring electricity from west to east China.

The Baihetan project includes the construction of a concrete double-curvature arch dam with a maximum dam height of 289m. The dam crest elevation is 834m and centre line arc length is 709m. The Baihetan dam will have six flood gate structures and three spillway tunnels.

The project will have two underground powerhouses, one each on the left and right banks of the dam.

Caterpillar supplied machinery for the earth works at the Baihetan hydropower project.

The Wudongde project, along with Baihaten, forms the second phase of the four large hydropower projects being constructed downstream of the Jinsha River. The first phase involved the construction of the Xiluodu Hydropower Station and the Xiangjiaba Hydropower Station.

On completion of Phase 2, the four hydropower plants will have a combined installed capacity of 46,460MW and an annual electrical output of 190TWh.

The underground power houses, located on both banks of the dam, will be equipped with six Francis turbine units each. The capacity of each turbine generator is rated at 850MW.

Progress on Wugongde is reportedly going very smoothly with the dam expected to start storing water in July 2020, The first generator will be placed into operation in August 2020, with all units expected online by December 2021. Voith and GE were awarded contracts to supply equipment to the project, with each supplying six turbines.

Another major project under development is the 3.6GW Fengning pumped storage plant in the Hebei Province – expected to be the largest scheme of its kind once complete.

Fengning will be built in two phases, each featuring six reversible pump turbine units with a capacity of 300MW each. In the second phase two of the six units will be variable-speed motor-generator units.

Designed for balancing the intermittent renewable energy resources of large Mongolian wind and solar parks, Fengning 2 will be connected to the Beijing-Tianjin-North Hebei grid with two 500 kV lines. The designed annual power generation will be 3.424 TWh with 4.565 TWh of corresponding pumped water meeting peak power needs.

In 2017, Andritz Hydro received a contract from the state-owned Chinese energy utility company Fengning Pump Storage Co. Ltd. and State Grid Xinyuan Co. Ltd. to supply two variable speed generators for the project. The units will have a nominal capacity of 330 Mega Volt Amperes (MVA) in generator mode and 345 MVA in pump mode. Additionally, AC-excitation, governors, as well as protection and computer control systems are part of the contractual scope.

The first phase of the project is scheduled to come online prior to the start of the 2022 Winter Olympics, with the second phase to be completed in 2023.

There are a number of big projects currently in construction in Pakistan. Among these are the 800MW Mohmand dam project which started construction last year, the Tarbela 5th Extension project which will increase the Tarbela Power Plant’s total generating capacity from 4888MW to 6300MW, and the 4320MW Dasu and 4500MW Diamer-Basha projects, both of which are due to start construction this year.

Mohmand Dam project is being constructed on the River Swat in the Tribal district Mohmand of Khyber Pakhtunkhwa province. It is a multi-purpose project with gross water storage capacity of 1.2 million acre feet and power generation capacity of 800MW.

Water and Power Development Authority (WAPDA) of Pakistan is the implementing authority of the project. The Mohmand dam was proposed in the early-2000s, but work related to the project was started in 2017 upon completion of detailed engineering and design.

The hydropower project was approved in March 2019 with an estimated investment of PKR309 billion ($2.17 billion). The groundbreaking ceremony of the project was held in May 2019, while commissioning is scheduled for July 2024.

The Mohmand hydropower project will include a 213m-high concrete-faced rock-filled dam and two 3317m-long low-level river diversion outlets with a diameter of 15m. The dam will feature seven radial gates with a width of 15m and height of 21m.

A joint venture of China Gezhouba group (CGGC) and Descon Engineering was awarded the engineering, procurement, and construction contract by WAPDA.

The contract includes the construction of access roads, irrigation facilities, dam and ancillary works, as well as design and installation of electromechanical equipment and hydraulic metal structures.

At the end of November 2019, WAPDA has announced that it has signed a contract worth US$734 million with a joint venture of GE Hydro China and Power China Zhongnan Engineering Corporation for electro-mechanical works of Dasu Hydropower Project (Stage-I).

The 4320MW Dasu project is being constructed by WAPDA on the River Indus, upstream of Dasu Town in Kohistan District of Khyber Pakhtunkhwa Province.

The project will be completed in two stages – each stage having a generation capacity of 2160MW. At present, Stage-I of the project is underway, with electricity generation from the project is expected to commence in 2024-25. Stage-I will contribute more than 12 billion units per annum to the National Grid. Stage-II will also provide another 9 billion units to the system every year.

The World Bank is partially providing funds for construction of Stage-I to the tune of US$588.4 million and Partial Credit Guarantee (PCG) of $460 million. The remaining funds are being arranged by WAPDA from its own resources and with the sovereign guarantee of Government of Pakistan.

In Early December 2019, WAPDA said it is all set to commence construction work on Diamer Basha Dam following award of contract in early 2020. Preliminary works have started at the project, which is located on the Indus River.

A major project underway in Tajikistan is the 3600MW Rogun dam project. The project is already partially operating with the plants 2nd unit launched in September 2019, 10 months after the first unit was launched in November 2018.

Rogun is being constructed on the upper reaches of the Vakhsh River in the Pamir mountain ranges. The hydroelectric dam will have a crest elevation of 1300m asl and measure 335m high, which will make it the world’s tallest dam once complete.

Rogun will be a rockfill dam with a clay core, with a foundation level of 965masl, a crest length of 660m, and a crest width of 20m.

The hydropower plant will be equipped with six radiaxial hydraulic turbines with a capacity of 600MW each. The powerhouse will be approximately 21m-wide, 69m-high and 220m-long and will be situated in a cavern constructed of sandstone and siltstone.

Salini Impregilo signed a framework agreement with OJSC Rogun HPP to serve as the engineering, procurement and construction (EPC) contractor for the project.

Salut Industrial Engineering Group has been contracted to manufacture and supply the specialised equipment, tanks and vessels for the water-turbine lubricating systems.

The Techno-Economic Assessment Study (TEAS) for the project was prepared by a consortium led by Coyne & Bellier and including Electroconsult, and Ipa Energy+Water Economics, whereas the Environmantal and Social Impact Assessment (ESIA) report was prepared by Poyry Energy.

Work started last summer on another major project in the country, a climate adaptation project at the Qairokkum hydropower plant. The project, which will see a full rehabilitation at the plant, will increase its installed capacity from 126MW to 174MW.

The upgrade will introduce innovative climate resilience measures, enabling the plant to cope with the expected impact of climate change on the country’s hydrological systems.

It will also build the capacity of the Tajik hydropower operator to anticipate, assess and manage climate-related risks by introducing best international practices from countries such as Canada.

The work is the culmination of an investment programme that began in 2014, with financing provided by the European Bank for Reconstruction and Development (EBRD), the European Investment Bank (EIB), the Green Climate Fund (GCF), the Climate Investment Funds’ Pilot Programme for Climate Resilience, Austria and the United Kingdom. The government of Austria is also funding technical cooperation support.

The financing, comprising a $88 million EBRD loan, a $37 million EIB loan, a $50 million GCF loan and grant and a $21 million Climate Investment Funds loan and grant to the state-owned power utility Barki Tojik, will fund the rehabilitation and modernisation of the 60-year-old hydropower plant that provides electricity to 500,000 people.

Measures also include concrete dam works and the installation of hydraulic steel components, turbines and electromechanical equipment for the six hydropower units.