Innovation at Tarbela: Mott MacDonald on the dam’s expansion 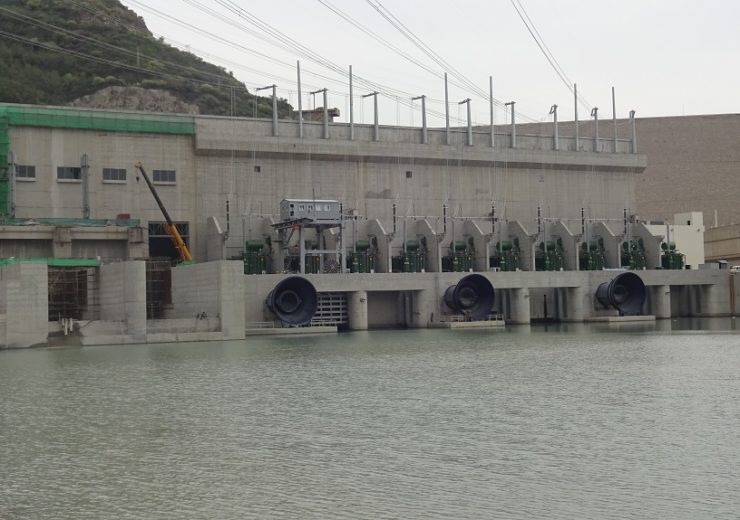 Mott MacDonald has been appointed as the lead consultant for the fifth extension of the Tarbela hydropower project in Pakistan. Mark Gill, deputy country manager and Pakistan power sector leader for Mott MacDonald, gives more details.

Tarbela Dam on the Indus River is well known as one of the largest earth-filled dams in the world.

Its primary use is irrigation and flood control with electricity generation a welcome benefit for the nation of Pakistan where it is located.

Water and Power Development Authority (WAPDA) has managed the project since its conception more than 60 years ago.

WAPDA recently announced the appointment of UK-based consultancy Mott MacDonald as the lead consultant of the fifth extension of the Tarbela Dam, which aims to increase seasonal power supply in Pakistan to meet increasing demand for electricity, with The World Bank once again stepping up to finance the project.

What is Tarbela Dam?

The installed capacity of the Tarbela hydroelectric power station will increase after WAPDA’s recent successful commissioning of the fourth extension and the planned fifth extension.

Its facilities provide the basis for much of the prosperity of Pakistan and it has been steadily developed through the long-term commitment of WAPDA and the World Bank since the dam was commissioned in 1974.

WAPDA recently announced the appointment of UK-based consultancy Mott MacDonald as the lead consultant of the fifth extension of the Tarbela Dam, which aims to increase seasonal power supply in Pakistan to meet increasing demand for electricity, with The World Bank once again stepping up to finance the project.

The fifth extension project being delivered under the auspices of WAPDA, will increase the Tarbela power plant’s total generating capacity from 4888MW to 6298MW.

It incorporates a new 1410MW (3x470MW Francis turbines) hydropower plant to be constructed over the next six years at the end of an existing 43-year-old tunnel through the iconic Tarbela Dam.

The project also includes a new 50km, 500kV transmission line and a 20-40MW floating solar pilot project, a first for Pakistan, located either on the reservoir or Ghazi-Barotha headpond.

Data related to determining solar radiation using pyranometers is currently being gathered ahead of the work commencing, and Mott MacDonald will carry out a feasibility study to assess identified locations for the development of the proposed floating photovoltaic development.

We are very proud of the contributions we have made so far in providing scoping, feasibility, ESIA, PC1, tender design and tender documents for the Tarbela 5 (T5) extension.

Rather than just providing a repeat of the T4 extension project designs, we looked at the T5 extension afresh and came up with innovations for the project that will bring significant benefits.

Unlike the other tunnels, the fifth tunnel is situated within the left abutment of the dam and initially designed solely for irrigation release.

Thus, its low level intake was situated at a higher level than the other tunnels, and discharges into the Dal Dara channel.

This channel also receives the discharge from Tarbela’s two spillways and conveys this water, along with any T5 release, back to the Ghazi Barotha headpond, to join the rest of the Indus flow.

Construction of a hydropower station on the end of the fifth tunnel, to discharge directly into the Dal Dara channel, would effectively reduce the scheme’s net head by around 10% when compared to the other right-bank power schemes due to the raised tailwater level in the Dal Dara channel.

It is not possible to reduce the Dal Dara channel water levels, since this would impact the spillway plunge pool water depths.

Various potential ways of discharging to the lower Ghazi Barotha headpond water level were examined in a scoping study.

The innovative solution proposed is to design a tailwater culvert and canal system, which would allow lower tailwater levels – similar to the other right-bank schemes.

This has many advantages, not just in terms of extra energy generation, since it allows the fifth hydropower station to run as an alternate to the other power stations.

Fundamental to the tailwater canal is a divide wall that runs the length of the canal and separates the Dal Dara channel flow from the canal flow; yet is over-topped and drowned at very high flows to maintain the overall Dal Dara channel capacity when there are significant spill events.

The Indus River carries a very high sediment load and since commissioning, the majority of it has been deposited within Tarbela reservoir forming a delta that runs from the head of the reservoir right down towards the dam.

When the reservoir level is low there is a tendency for the deposited material to be drawn down towards the dam and the low-level intakes.

A system of tunnels

Tunnels 1 and 2 were designated for power generation from the start and they were equipped with vertical intake structures that have an intake sill level of 373m.

However, tunnels 3 and 4 were originally designated for irrigation release only where there was limited concern about sediment.

These tunnels were not equipped with the vertical intakes, and the invert level for these is at 354m.

Tunnel 3 was commissioned for power generation in the early 1990s and provides the water for units 11-14.

As part of the T4 works, both T3 and T4 now have a raised intake for longer-term sustainability.

Sediment has been deposited almost to the low-level intake sill in the region of the T3 and T4 intakes and, at certain times, a significant quantity of sediment needs to be flushed through this tunnel.

The sediment carried by the Indus River contains a significant proportion of hard and sharp particles which tend to damage the turbines.

The rate of turbine wear is a function of velocity and therefore head, and of course higher head turbines will wear more quickly than lower head designs.

On several occasions, it is understood that high concentrations of sediment have passed through the turbines for reasonably long periods with little sign of damage.

Although the T5 tunnel intake is set about 10m higher than at T4, being on the left abutment, it is actually situated slightly closer to the encroaching sediment delta.

Hence, T5 is also being designed with a new raised intake structure that will have the same concept as those for T3 and T4.

This raised intake will prolong the life of the project through having the intake level above the encroaching sediment delta.

We are excited to continue our involvement with the Tarbela project.

Our design innovation on Tarbela 4 increased the power supply by 47%. Similarly, our designs for Tarbela 5 have increased power by a further 10%.

We are proud that our work with WAPDA will assist them in connecting new opportunities for energy reliance and sustainability in Pakistan.