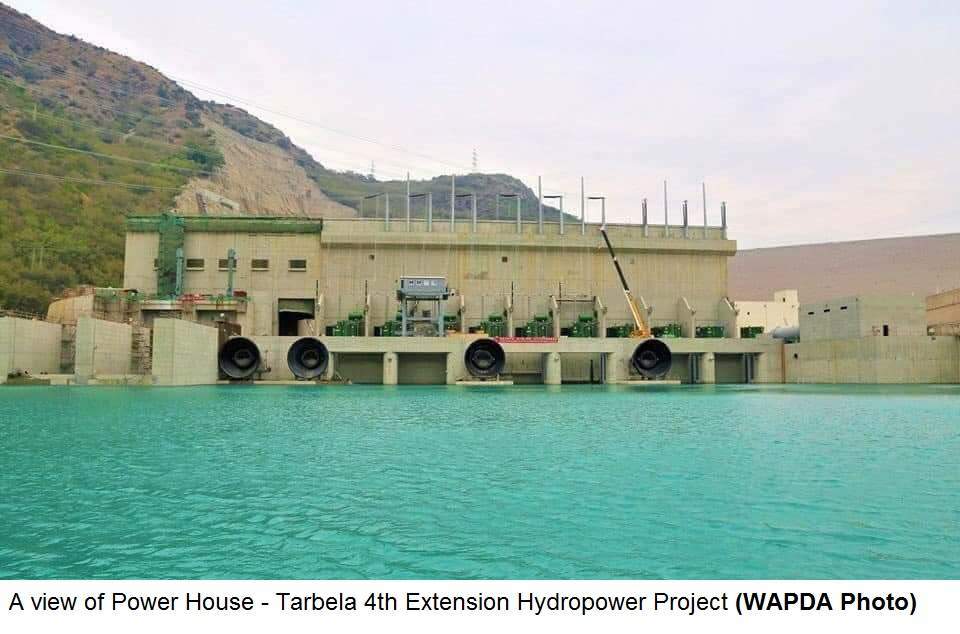 Although, the first of the three units was officially inaugurated by the country’s Prime Minister Shahid Khaqan Abbas in March 2018, it could not start electricity generation due to non-availability of water in River Indus at Tarbela in current year.

The unit, which is currently under reliability period, has been providing 335MW of electricity to the national grid.

WAPDA said that the second unit of Tarbela 4th Extension Hydropower Project has recently entered wet commissioning phase and is now scheduled to enter its reliability period in first week of July.

The fourth expansion of the Tarbela hydropower plant will increase the output of this plant to a total of 4,888MW. This represents a capacity increase of around 40%.

WAPDA said in a statement: “Tarbela 4th Extension is a component of least-cost energy generation plan being implemented by WAPDA on priority to meet electricity requirements in the country and increase the ratio of hydel electricity in the National Grid to stabilize electricity tariff for the consumers.”

The Tarbela 4th Extension Hydropower Project will have capacity to provide 3.84 billion units of electricity to the National Grid annually.

Voith, as a key partner for the Tarbela 4th Extension project, is responsible for the supply, installation and commissioning the entire electromechanical equipment.

The expansion of the hydropower plant is a part of the country’s effort to reduce dependency on fuel imports and cover its growing need for energy.

Although, Pakistan has an estimated hydropower potential of around 40,000MW, it is using only around 7,300MW, Voith said earlier this year.

By 2025, Pakistan aims to have 20,000MW of additional hydro-power and increase the hydropower share in the national energy mix from 34% to 70%.