Unpacking Chevron’s Tengiz expansion project: Will it go live by 2022?

Chevron intends to finish construction on the Tengiz expansion project by 2022, but a mass employee brawl has left questions over whether it will be able to meet the deadline 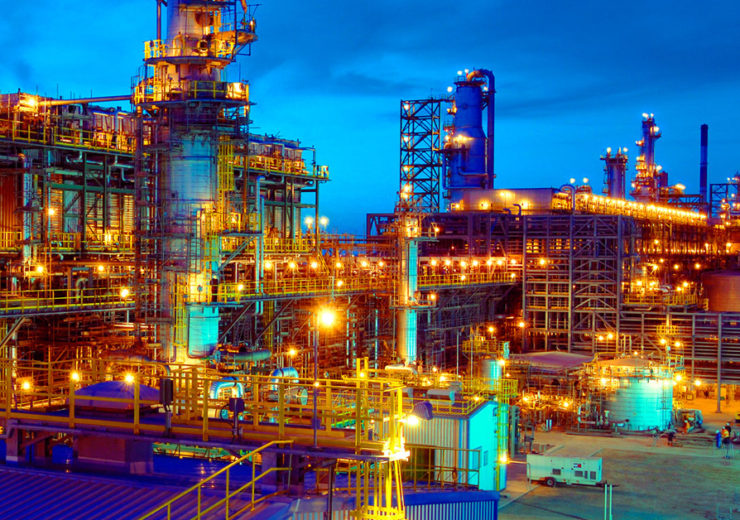 The Tengiz expansion project has been slated for completion by 2022 (Credit: Chevron)

The Chevron Tengiz expansion project is one of the industry’s most seminal, set to significantly boost the output of what is already the world’s deepest operating super-giant oil field.

The US-based firm, which has a 50% stake in Tengiz’ operator Tengizchevroil, anticipates the Kazakhstan-based project will cost $36.8bn and is due for completion by 2022, despite construction suffering a setback in June following a mass brawl between employees that left 40 injured.

“The project builds on a record of strong performance at Tengiz and will add value for Chevron and its stockholders.”

“At Chevron, we are very proud to play a supporting role in generating Kazakhstan’s success and its goal to become a nation of global prominence.”

What is the Chevron Tengiz expansion project?

Located deep beneath the western Kazakhstan steppe, the Tengiz oil field stretches 1 mile (1.6 km) across and has a surface area more than four times the size of Paris.

But Chevron claims the expansion project, first given the go ahead in 2016 will increase crude oil production at the Tengiz oil field by roughly 260,000 barrels per day, raising Tengizchevroil’s total production to approximately 1 million barrels of oil equivalent per day.

The firm’s upstream executive vice president Jay Johnson said: “This project builds on the successes of prior expansions at Tengiz and is ready to move forward.

“It has undergone extensive engineering and construction planning reviews and is well-timed to take advantage of lower costs of oil industry goods and services.”

Chevron has also stressed its consideration and that of its subsidiary in terms of environmental preservation relating to the expansion project and general extraction work in the region.

Since 2000, Tengizchevroil has reduced its total natural gas flaring volumes by 85%, increased the gas utilisation rate to more than 98% and reduced total air emissions generated per tonne of oil by 73%, all while increasing annual crude volume by 159%.

Building on prior expansion work

In 2008, Chevron announced the completion of Tengiz’ first expansion, which almost doubled its yearly crude oil output to 540,000 barrels a day.

Earlier that year, the company increased the oil field’s daily capacity from roughly 310,000 barrels to 400,000 barrels.

George Kirkland, Chevron’s global upstream and gas executive vice president, said: “This accomplishment demonstrates how Chevron is leading the industry in the selection and execution of major capital projects while providing increased value for our host countries and partners.

Guy Hollingsworth, president of Chevron Europe, Eurasia and Middle East exploration and production, added: “The success of this expansion is a testament to Chevron’s long-term, successful partnership with Kazakhstan.

“Chevron is committed to continuing our investment in the people, economy and energy infrastructure of the country.

“The scale of this project is incredible — we now operate the largest single-train sour gas and crude processing unit in the world.”

One of Chevron’s major selling points for its Tengiz expansion project has been the potential benefits it will create for Kazakhstan and its people.

Just shy of nine in ten jobs at Tengizchevroil are held by Kazakhstani citizens, and the company claims a total of $112bn will be paid to shareholders from the country along with its government as a result of the expanded production.

Over the course of 2015, the company spent a total of $2.4bn on Kazakhstani goods and services.

The Chevron subsidiary said in a statement: “We have worked extensively with MSS, a 100% Kazakhstani-owned and operated engineering, procurement and construction company, to upgrade the firm’s health, environment and safety practices.

“As a result of that effort, MSS won a second contract with Tengizchevroil and is on track to further build its safety capabilities and skills.

“The Tengiz expansion project will continue to grow Tengizchevroil investments in Kazakhstan through many new jobs and large-scale use of local goods and services that will contribute to the regional and national economy.”

Last month, Chevron announced Tengizchevroil would be suspending work on its expansion project after a mass brawl broke out on 29 June between Kazakhstani workers and their Arab colleagues which left 40 injured.

Shortly after, roughly 1,000 employees from the company declared a mass strike.

Reports suggest the conflict arose as a result of a social media post in which a Libyan worker took a picture of himself with a young girl from Kazakhstani girl, sparking outrage among employees from the local area who felt they were being treated worse than those from neighbouring countries.

Nurlan Nogayev, governor of Kazakhstan’s Atyrau region, said: “This problem arose due to different working conditions, a systemic issue that both Tengizchevroil and its contractors must address.”

Chevron has since assured investors the project will proceed, but it remains unclear how much of an impact the brawl and subsequent strike will have on the expansion meeting its 2022 deadline.

Tengizchevroil said in a statement: “The situation is stable as of now and Tengizchevroil continues to work closely with law enforcement bodies, government authorities and contractor companies to ensure the safety and well-being of personnel.

“Tengizchevroil values inclusion and expects all of its personnel and contractor employees to respect the diversity of others and refrain from discrimination of any kind.”