Eavor says funding will allow it to lower the cost of its technology, which comprises a subsurface 'radiator' that stores geothermal energy and can dispatch it on demand 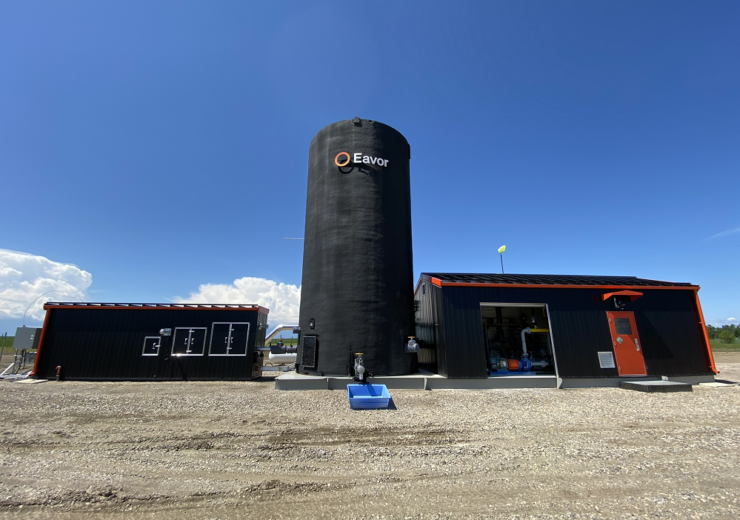 Innovative geothermal specialist Eavor Technologies attracted the likes of BP and Chevron to a recent $40m funding round, in a sign of the growing interest among major oil producers in low-carbon diversification.

Through their respective venture funds, both BP and Chevron gave backing to the Canada-based start-up, which seeks to make geothermal energy a more flexible and accessible technology option decoupled from the geographic and infrastructure constraints of its predecessors.

Eavor says its system can be deployed anywhere, using the earth’s natural inner heat “like a giant rechargeable battery” by circulating fluids in a closed-loop underground network to store heat energy and dispatch it on demand.

The technology functions as a form of energy storage, which the company says allows it to complement the variable power generation of renewables, while also having the potential to offer an alternative to traditional forms of baseload power like coal or nuclear.

Eavor Technologies chief executive John Redfern said the funding round will allow the start-up to lower the cost of the technology to “universally competitive levels” as it targets power generation equivalent to supplying 10 million homes by 2030.

“The involvement of companies such as BP and Chevron represents a fantastic endorsement of our technology, the progress we have made to date and the promise for its global scalability,” he added.

Geothermal energy is typically confined to volcanic locations, where wells are drilled deep beneath the earth’s surface to release thermal energy in the form of steam or hot water. But this has meant its use has to-date been limited to specific regions.

By installing a network of sealed underground wellbore – which effectively functions as a “massive subsurface radiator” – Eavor claims its system will collect heat via conduction at geologically-common and drilling-accessible rock temperatures.

“Unlike traditional geothermal, Eavor isn’t burdened with exploratory risk or limited to niche geographies through the need for highly permeable aquifers at volcanic-like temperatures,” its website states.

The need for preliminary drilling work to install this “radiator” would likely benefit from the expertise of BP and Chevron, which have spent decades drilling beneath the world’s surfaces in search of oil and gas.

Indeed, Eavor says its technology takes its lead from the shale fracking techniques that propelled the US to become the world’s top oil producer over the past decade.

Oil companies are facing heightened pressure to respond to climate change and find new ways to supply the world’s energy needs while reducing their emissions footprint.

BP has launched a strategic pivot to low-carbon energy targeting net-zero by 2050, and its senior vice president of zero-carbon Felipe Arbelaez believes the UK oil giant’s expertise and past experience make it “well-equipped” to support Eavor’s growth.

“We see Eavor’s potential to be complementary to our growing wind and solar portfolios,” he added.

Other participants in the funding round included investment groups Vickers Venture Partners, BDC Capital and Temasek, along with US energy firm Eversource.