Amid growing concerns over the protection of native and aboriginal heritage sites in Australia, BHP has been asked to pause a planned mine expansion until legislation is reformed 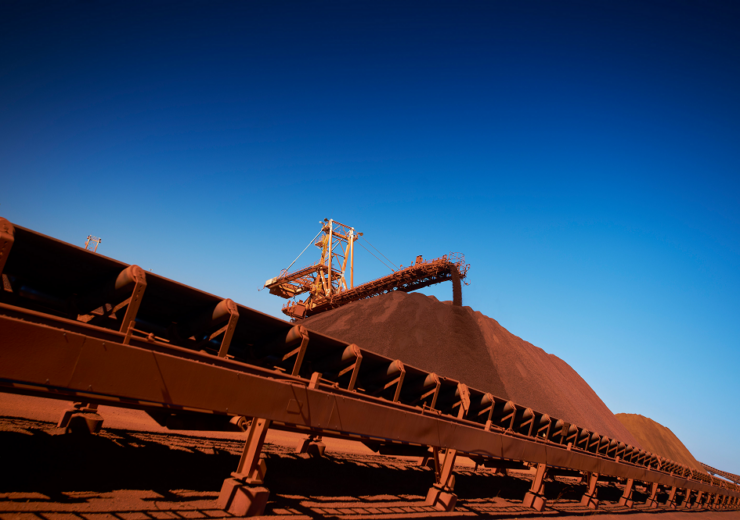 A shareholder group called on BHP to halt any mining activities that could damage cultural heritage sites in Australia “until relevant laws are strengthened”.

The resolution – submitted today (13 August) by the Australasian Centre for Corporate Responsibility (ACCR) – follows the destruction in May of the 46,000-year-old Juukan Gorge aboriginal cave shelters by miner Rio Tinto in Western Australia.

It calls on BHP, one of the world’s largest mining companies, to introduce a moratorium on operations that would “disturb, destroy or desecrate cultural heritage sites” in the country until legislation to protect these regions has been reformed.

The company currently holds permits to expand a mining project that could potentially disrupt up to 40 locations designated to be culturally significant to an aboriginal group in Western Australia.

ACCR’s resolution is supported by the First Nations Heritage Protection Alliance, a coalition of more than 20 indigenous organisations from across Australia, representing every major aboriginal or native group in the country.

Following the Juukan Gorge incident – for which Rio Tinto has since apologised and faced a parliamentary enquiry into its actions – pressure has mounted for an accelerated reform of heritage-protection laws.

Western Australia’s Aboriginal Heritage Act has not been updated since 1972 and is currently in the process of being redrafted.

“Investors simply can’t stand by and allow another Juukan Gorge disaster to take place,” said ACCR executive director Brynn O’Brien. “Investors in BHP have the opportunity to ensure the company takes a cautious, best-practice approach in dealing with indigenous cultural heritage, by issuing a moratorium on any further destruction until laws are strengthened.

“We believe it’s necessary that this shareholder resolution receives strong support – or is proactively adopted by BHP’s board – because there is far too much at stake to allow any further destruction of indigenous cultural sites.”

In May, BHP secured permits to expand its South Flank iron ore project in Pilbara, Western Australia, in a region that is home to 40 cultural heritage sites linked to the Banjima aboriginal group.

Despite the miner’s insistence that it “will not disturb the sites identified without further extensive consultation with the Banjima people”, the ACCR has pressed BHP to formalise this commitment by adopting the resolution.

“Decisions about cultural heritage should be based on principles, not on a PR response to a crisis,” said O’Brien.

In addition to the moratorium, the shareholder motion calls on BHP to remove “gag orders” preventing aboriginal land owners from speaking publicly about activities on their land, as well as for greater disclosure on the lobbying efforts of industry associations to which it belongs on issues of cultural heritage.

In a separate resolution, the ACCR also asks BHP to review the activity of its trade associations, and to suspend its membership with any that are found to be lobbying for Covid-19 stimulus measures that are inconsistent with the goals of the Paris Agreement.

Such advocacy might include fast-tracked approvals for fossil-fuel projects or “aggressive deregulation”, according to ACCR director of climate and the environment Dan Gocher.

“Global leaders have a once in a generation opportunity to accelerate decarbonisation through widespread economic stimulus measures,” he added. “If BHP is unwilling or unable to ensure that its industry associations support that transition, then it must suspend its membership.”

Last year, more than a quarter of BHP shareholders voted in favour of a resolution calling for the miner to end its membership of trade associations that have lobbied for policies inconsistent with the climate goals set out in the Paris Agreement.

BHP has pledged to invest $400m over five years to develop technologies that will help it lower its emissions footprint, with a target of reaching net zero by 2050.