Industrial demand recovery in China helped the mining giant meet production guidance for iron ore and coal in the 2020 financial year, but the potential for a second wave of Covid-19 continues to cast doubt on global markets 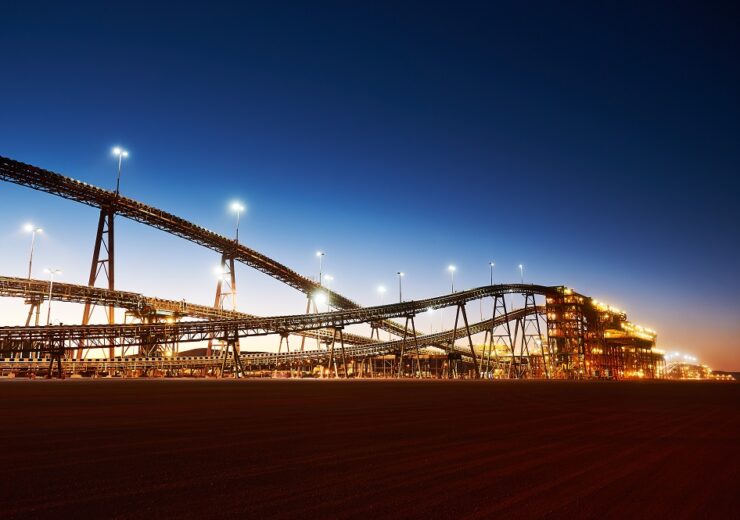 BHP achieved record levels of iron ore production in its 2020 financial year ending 30 June, despite the impact of coronavirus on operations since January.

The British-Australian mining giant produced 248 million tonnes of the steelmaking ingredient over the twelve-month period, a 4% year-on-year increase.

During the final quarter of the financial year, iron ore output grew 7% year-on-year and 11% on the previous quarter to reach 67 million tonnes.

Output guidance for the 2021 financial year has been set in the range of 244 million tonnes to 253 million tonnes, although the firm cautioned that a potential resurgence of coronavirus, particularly in the key industrial demand market of China, casts uncertainty at both a regional and global level.

“Chinese domestic industrial activity has been improving, spurred on by supportive credit and fiscal policy, BHP said in a statement. “The major risk to maintaining that positive trajectory is the possibility of a widespread second wave of infections emerging. Elsewhere, indications are that the US, India, Japan and Europe will all experience a flatter recovery trajectory than China.”

It added: “Steel production [excluding China] could contract by a double-digit percentage in the 2020 calendar year. Steelmakers from other regions, including Europe, the Americas, India and Japan have cut production. This reflects logistical difficulties created by Covid-19 as well as collapsing demand in downstream industries, such as automotive.”

Copper production grew 2% year-on-year to 1.72 million tonnes, although the company set a lower target range for the year ahead – between 1.48 million tonnes and 1.65 million tonnes – as a result of workforce reductions caused by the pandemic.

In Chile, where BHP operates the Escondida and Pampa Norte copper projects, the impact of Covid-19 prompted the company to cut its workforce by around 35% during the June quarter, and it expects this “challenging environment” to remain in place during the current quarter.

In April, the miner confirmed a $2.5bn expansion of its Spence copper project in Chile’s Atacama Desert – planned to be finalised by December and expected to extend the mine life by 50 years and add around 200,000 tonnes of annual copper output – had been delayed by Covid-19 to early 2021.

Wet weather in Australia had a negative impact on metallurgical coal production, which fell by 3% compared to the 2019 financial year to 41 million tonnes, despite strong output at the Broadmeadow, Caval Ridge and Poitrel projects in Queensland.

Production of thermal coal was down 16% year-on-year to 23 million tonnes, with the miner identifying a “downside risk” to its 2021 guidance of between 22 million tonnes and 24 million tonnes, resulting from potentially weaker demand as the fossil fuel is increasingly phased out of the global energy mix.

BHP’s chief executive Mike Henry said: “Our diversified portfolio and high-quality assets, together with our strong balance sheet, make us resilient to the ongoing uncertainty in the markets for our commodities. We expect to continue to generate solid cash flow through the cycle and we remain confident in the outlook for demand for our products over the medium to long-term.”